(1)
Vilija Andrulevičiūtė,
www.lrt.lt
aA
Major English-speaking TV channels do not devote enough attention to the events in Ukraine, even though the battles are more blood-stained than in other countries, notes philosopher Gintautas Mažeikis. According to him, it is an important lesson to learn for Lithuania and other Baltic countries: the media can be very ignorant, even though there is a massive war going on with vague Russian attempts to intervene, all resulting in great numbers of victims. People interviewed by LRT.lt believe that such information in the media is essential, as it helps to prepare and organize a collective political pressure, and it is easier for governments to make decisions accordingly. 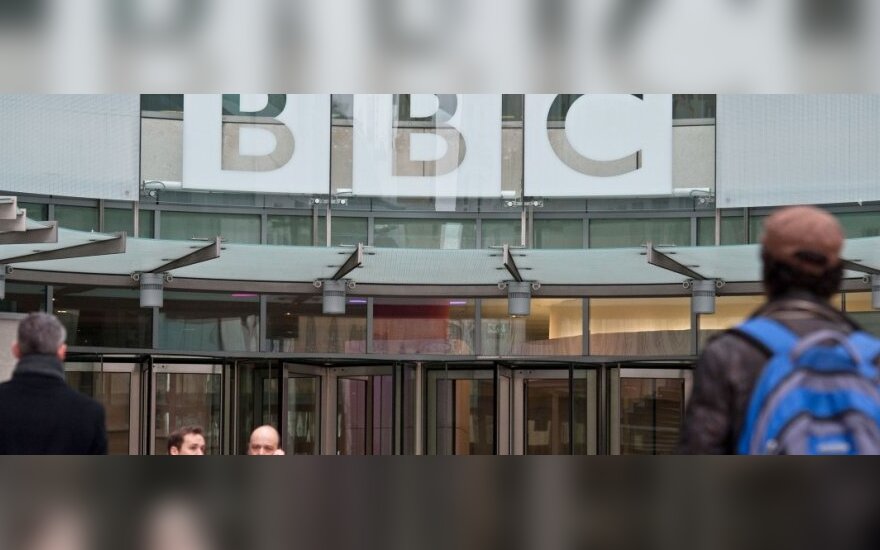 "I watch CNN, the BBC, and I have to admit that these [channels] no longer pay much attention to the events in Ukraine, which, if we follow the Ukrainian and Russian media, are far more blood-stained than the events we get to see in other places. Meanwhile, there is a lot of attention dedicated to the events in Israel and Libya,” said Mažeikis.

In his opinion, one of the possible reasons for it is a common political decision. Also the fact that the above-mentioned media channels do not have their English- or Russian-speaking correspondents in Ukrainian conflict zones and do not trust others.

Political scientist Nerijus Maliukevičius draws attention to the fact that this sort of insulation of information space has already become a traditional strategy in Russia's information wars.

"This was particularly noticeable in Georgia’s war, during the second Chechen war, and during the Crimea campaign. Information space is thoroughly isolated, there is no access for the Western media, an artificial atmosphere of danger is created. We can see that this strategy has now moved to the Donbass region – there were situations when journalists were kidnapped or detained. The information space is simply eliminated, so we do not have examples of Western journalism in that area neither from CNN nor the BBC,” Maliukevičius explains.

Mažeikis states that it is possible to provide high quality information even in the absence of one's own correspondents in Ukraine. Media researchers may consult various experts working in Ukraine, which would give at least a couple of options among trusted Ukrainian media offices. It is also possible to find a reliable source of information in Russia.

“This is usually the common practice, and then usually only the number of deaths does not fully correspond, but it is not a very large mismatch. Currently, we see almost complete ignorance regarding these events, in these last few days in particular, when the battles have intensified,” says Mažeikis.

Trying to be neutral or do not know how to cover it?

Another reason for the relative silence about the events in Ukraine, according to Mažeikis, is that the world’s major media channels are trying to maintain what they imagine to be a neutral position.

In turn, Maliukevičius adds that the Ukrainian conflict is very complicated, so the media do not know how to cover the events.

“I think that CNN and the BBC are going through a moment of truth. Let’s remember the conflict in Syria. At first glance, it seemed to be a simple one, but it turned out later that it was indeed very complicated – many fighters, religious groups were involved, and the sight of it was different than just black and white. I think it is also true for the events in Ukraine. It is not clear how to prove Russia’s intervention into the conflict and how to provide the facts. The conflict is much too complex for journalists. I think this is the reason why it was pushed to the shadow,” political editor shares his thoughts.

Signal for the Baltic States

According to Mažeikis, the indifference with which major English-language channels treat Ukrainian events should be a very important lesson for Lithuania and other Baltic countries.

“This is a lesson to learn, that the major media can ignore you, even though there is a massive war going on with vague Russian attempts to intervene, all resulting in great numbers of victims. Eastern Europe is still perhaps seen as the area of Russia’s interest, or it is still looked upon as colonies, inferior countries, which is quite rough to hear. Unfortunately, this lack of attention, especially at this moment, when the blood-stained battles are going on, is simply astonishing,” says Mažeikis.

Politics editor Maliukevičius also notes that the consequences of the Ukrainian crisis are directly related to the security of the Baltic States, so it is important for us that the Ukrainian conflict remain a priority on the Western media's agenda.

“It is important that the interests of both NATO and the United States lay in that region, and they are represented in the sense of military and media presence. If we look from the Western, the U.S., and Obama’s perspective, it seems that conflicts in Iraq and Gaza are becoming central priorities. In this respect, Ukraine is overshadowed. However, it should be noted that Kremlin’s campaigns were always planned according to this perspective. During the Georgian conflict, the Olympics took the centre stage in the media, and now we can see other conflicts and the World Cup taking away the attention,” says Maliukevičius.

Political editors say that clear and adequate coverage of Ukraine in English-speaking media is important for the Baltics as much as for Ukraine. According to Mažeikis, the media provide an opportunity to prepare and organize collective political pressure, and help governments to make important decisions, for example, sanctions. A clear coverage of the events would also help shape the world’s opinion.

“In order that the world community, the developed countries support your struggle for independence, most countries in the world need to be educated and persuaded. Getting attention from the major world media is very important. When there is none of that, it becomes unclear why governments apply sanctions or military interventions,” says Mažeikis.

The Ministry of Foreign Affairs of Lithuania has issued a statement on the situation in Ukraine ....

Four Ukrainian troops who were injured in eastern Ukraine , where the Ukrainian army is carrying out...