Wave of refugees 'cannot be rejected or trusted'

www.lrt.lt
aA
Former Lithuanian president Valdas Adamkus has expressed strong opinions about the refugee crisis affecting Europe, saying that the wave of immigrants could not be trusted, but also saying that categorical positions against the acceptance of refugees were also wrong. 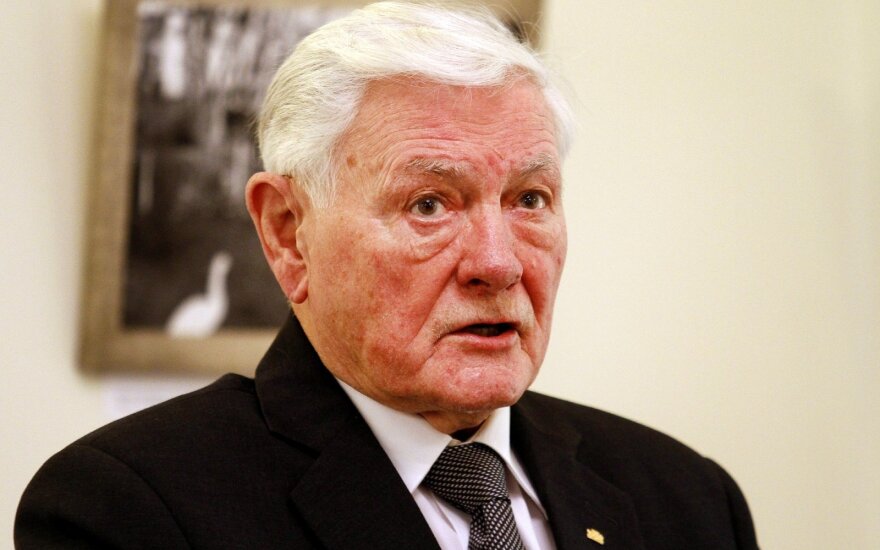 “As far as I understand, this wave of refugees may not be very trustworthy because, besides people who have truly suffered from terror, war, destruction, etc., there are terrorists mixed in as well,” said Adamkus. “The scepticism and caution of some states is perfectly understandable to me. It would not be understandable if they said, categorically – no, we don't need such refugees, do what you can. In a humanitarian sense, I believe that Lithuania too has a certain social burden.”

“I think that their time in our country will probably be temporary,” said Adamkus. “Their goal is material well-being and a better life. Lithuania cannot provide them with the better lives that they've imagined today because, as far as I can see, we have many social problems that we need to solve.”

In the interview, Adamkus also commented on the US presidential elections. “I find Mr. Trump's posture difficult to understand. I am sure that for him, among the richest people, his candidacy for president is a sort of game. His declarations and his posture are definitely not presidential.”

Lithuania will not respond to an asylum request via YouTube video from an Afghani refugee saying he...

A Syrian family of five have arrived in Lithuania from Turkey under the European Union 's (EU)...

An Iraqi family relocated to Lithuania under the EU's refugee relocation program have decided not to...