Volker: US backs talks on eastern Ukraine conflict, would join if needed

BNS
aA
The United States supports the current format of negotiations on the situation in Eastern Ukraine, but would be ready to join the talks if needed, Kurt Volker, the US special envoy for Ukraine, said in Vilnius on Friday. 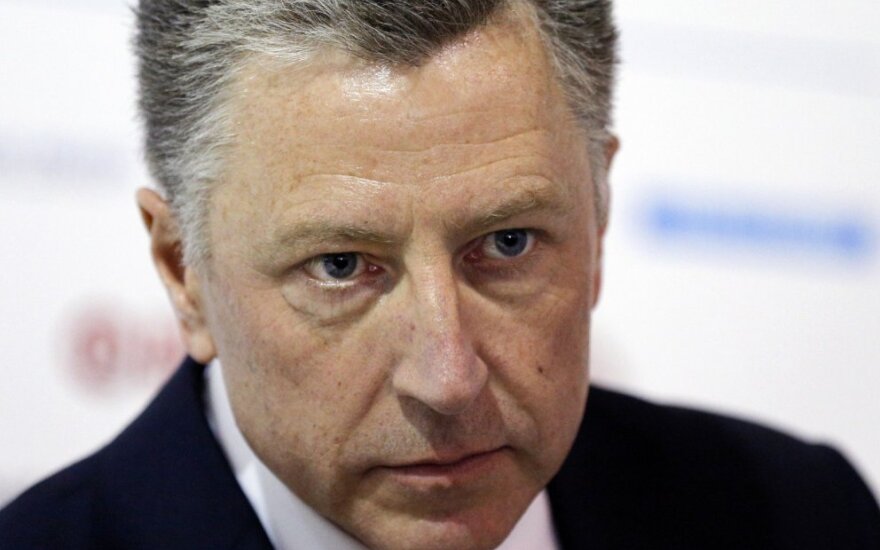 "We have a very good cooperation with all of them. If there is a need for a larger format, of course, we will join. At the same time, we fully support the Normandy format," he told BNS.

Volker was commenting on a proposal by Ukraine's new President Volodymyr Zelensky that the Normandy Four group, which now comprises Ukraine, Russia, France and Germany, be expanded to include the US and the United Kingdom.

"As I always said, the issue of these meetings has not been a format, the issue has been Russia's political will to implement its obligations under the Minsk agreements," the US envoy said.

"Whatever you can do to facilitate a genuine peace and Russia to implement Minsk agreements, we are ready to join and help," Volker said.

French President Emmanuel Macron has said recently that the Normandy Four may hold a new round of talks in the coming weeks to try to end the conflict in Eastern Ukraine.

Macron said at a meeting with Russian President Vladimir Putin that there was a "real opportunity" for peace in Ukraine following the election of Zelensky.

The United Nations estimates that the armed conflict between the Kiev government and the Russia-backed separatists in Eastern Ukraine has claimed more than 13,000 lives since it broke out in 2014.