Raminta Rakauskė
Parašyti
autoriui
aA
On Sunday, the municipal council elections concluded, with Lithuania having decided, who will lead it for the coming four years. That said, in a Monday press conference to discuss the election results, Vilnius University Institute of International Relations and Political Science (VU TSPMI) director, professor Ramūnas Vilpišauskas said that these elections were notable for a number of specific traits. 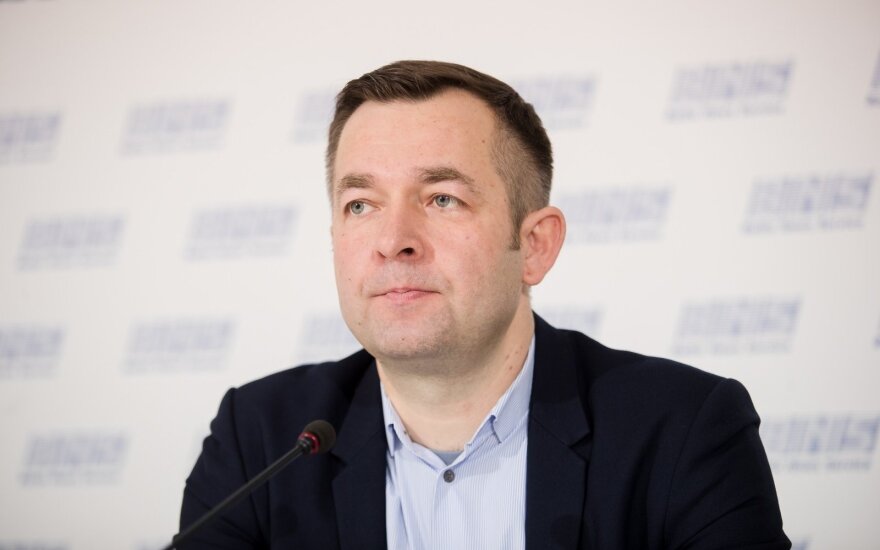 "If we are to talk about the winner of the elections, I would answer that in these elections, it was politics based on personalities and individuals that won.

We have seen for a number of years in Lithuania that the role of personalities is often visible, but now we saw two circumstances that reinforced the importance of personalities – the direct mayoral elections and the importance of civic electoral committees because many committees gathered around specific politicians," the political scientist said.

R. Vilpišauskas stated that in his opinion, we could see already from the 1990s that parties operating in Lithuania are far from the textbook ideal.

The professor also stated that it is specifically the personality cult that increased voter turnout and activity in these elections. Another trend he observed is that a large part of incumbent mayors were re-elected.

"We see this in the large cities. How do you explain it? It is likely that one explanation is linked to economics. Lithuania's economy has been growing in recent times and this creates better investment opportunities for initiatives launched in municipalities.

Another explanation is that incumbent mayors have more chances to be visible and present themselves. This creates a systematic and favourable environment for those seeking re-election. To fail in your bid, you would have to make massive mistakes. Perhaps voters are also inclined to stability, do not want changes, but I doubt this," R. Vilpišauskas listed reasons.

According to him, certain parties exceeded expectations.

"These would be the Social Democrats and Liberal Movement. Both parties face serious challenges and discussions. The LSDP's victories in small municipalities are more so success from before," he said, stating that it cannot be said that there was no choice in these elections. On the contrary, there was no lack of it.

When asked, why the Vilnius mayoral elections were won by specifically R. Šimašius, R. Vilpišauskas answered that the incumbent mayor's talks appeared more convincing and authentic.

"This can reveal certain trends in national elections as well. The slogan that A. Zuokas campaigned under sounded paradoxical. It was more of a competition between two mayors, who had worked before and people chose between whose talks and achievements were closer together," the political scientist said.

"The evaluation is that compared to the last elections and when looking at what the leaders promised, their results are poorer, but what the "Farmers" themselves emphasise is that they are better results than those in the last municipal elections," the professor said, pointing out that the Social Democrats' victory is also temporary.

Last weekend, the Lithuanian capital city of Vilnius elected the first openly gay politician to its...