BNS EN
aA
Vilnius Vice-Mayor Gintautas Paluckas confirmed on Tuesday his intention to run for the post of leader of the Lithuanian Social Democratic Party (LSDP). 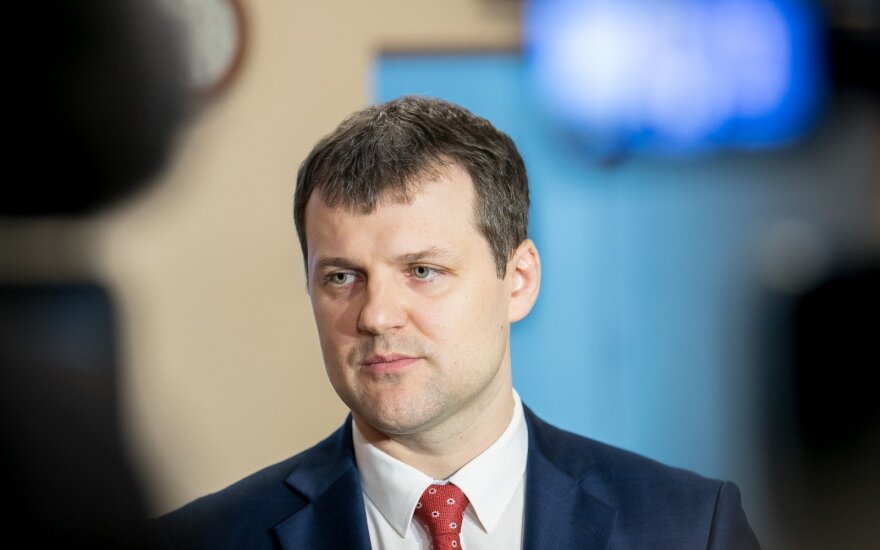 "I want to confirm that I agree to be nominated as a candidate for the party's chairperson election. I am doing so deliberately, because I care about the prospects of the party and leftist values in Lithuania," he told the party's members in a letter.

Paluckas says that he has a plan of how to lead the Social Democrats "out of the impasse" they are in now and vows to bring about "substantial, comprehensive changes".

Algirdas Butkevičius, the incumbent chairman, said last week that he would not seek re-election.

The Social Democrats will elect their leader in a direct election for the first time. Its chairpersons were until now elected during the party's congresses.

The election is tentatively planned for April, with the results to be announced in early May.

After the Social Democrats came in third in last October's general elections with 17 seats in the 141-member parliament, Butkevičius in early November announced his intention to resign, but the party's council did not approve of the move.

After long meetings with both the Conservatives and Social Democrat s, on November 9 the winner of...

Support for Peasants and Greens continues to rise

The Lithuanian Peasant and Green Union (LPGU), the party that triumphed in last October's...

Some SocDems snap – coalition with “Peasants” needs to be reviewed