BNS EN
Lithuania has been reproached for not inviting representatives of the Russian Constitutional Court to a global constitutional justice congress that got underway in Vilnius on Tuesday. 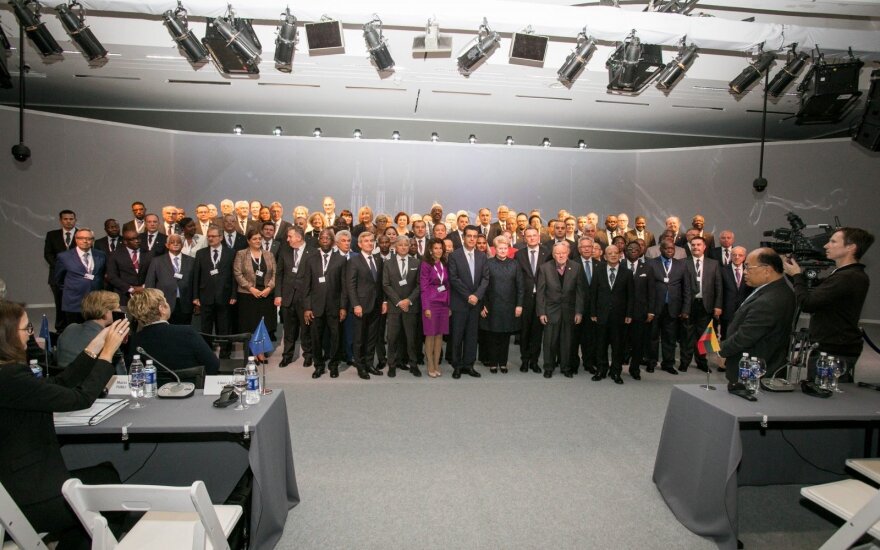 Speaking during the opening of the congress, Gianni Buquicchio, president of the Venice Commission, underlined the need for seeking dialog, rather than isolation. He thinks that Lithuania's authorities should have made an exception and allowed the Russian Constitutional Court's delegation to come to the congress.

The Venice Commission has given "an opinion that was very critical about the (Russian Constitutional Court's) decision (on Crimea), but we are here meeting at the word level among constitutional courts, and we need dialog, not confrontation," he said at a news conference later in the day.

Buquicchio stressed that Russia is a member of the Council of Europe and of the Venice Commission and participates in the activities of both bodies.

"In our opinion and in my personal opinion, they (Russians) should have been allowed to come to Lithuania," he said.

Meanwhile, Lithuanian President Dalia Grybauskaitė said that "we'll never welcome and shake hands with those who violate the rule of law and whose decisions destroy the fate of thousands of people".

"We can see efforts to redraw national borders in Europe. Following the military aggression in Eastern Ukraine and the occupation of Crimea, there are attempts to compromise the authority of the European Court of Human Rights," Grybauskaitė said.

"Also, for the false purpose of protecting the national and religious identity, the Constitutional Court is used for evil intentions and its mission of ensuring the rule of law is discredited. It's hard to think of something more cynical than committing crimes under the guise of constitutional justice," she said.

Dainius Žalimas, president of the Lithuanian Constitutional Court, noted that it was a decision by the executive authorities, not by the court, to deny entry to the Russian delegation.

According to Žalimas, if the annexation of Crimea is condemned and decisions validating it are deplored, then it is necessary to be consistent and demonstrate one's position.

"We had an unprecedented event where a constitutional court, whose mission is to safeguard the rule of law, has itself destroyed the very foundation of the rule of law, because it is hard to find a more serious crime that the crime of aggression," he said at the news conference.

According to Žalimas, the participants on the event are discussing challenges that constitutional courts face in different countries, such as terrorism, corruption, independence of courts and others.

Justices of the Russian Constitutional Court were not been invited due to their decisions validating the annexation of Crimea. At the Foreign Ministry's recommendation, the Migration Department has included the court's justices on a list of persons not allowed to enter Lithuania.

The European Union does not recognize the 2014 annexation of Crimea by Moscow as legal and says that Russian parliamentary elections held in the peninsula in September of that year was illegitimate. The EU has imposed economic sanctions on Moscow, as well as sanctions against natural and legal persons responsible for the annexation of Crimean.

Constitutional court presidents from around the world are taking part in the 4th Congress of the World...