BNS EN
aA
The Polish interior minister has decided to include in new Polish passports an image of the grave of Jozef Pilsudski's mother and the Polish interwar leader's heart in Vilnius. 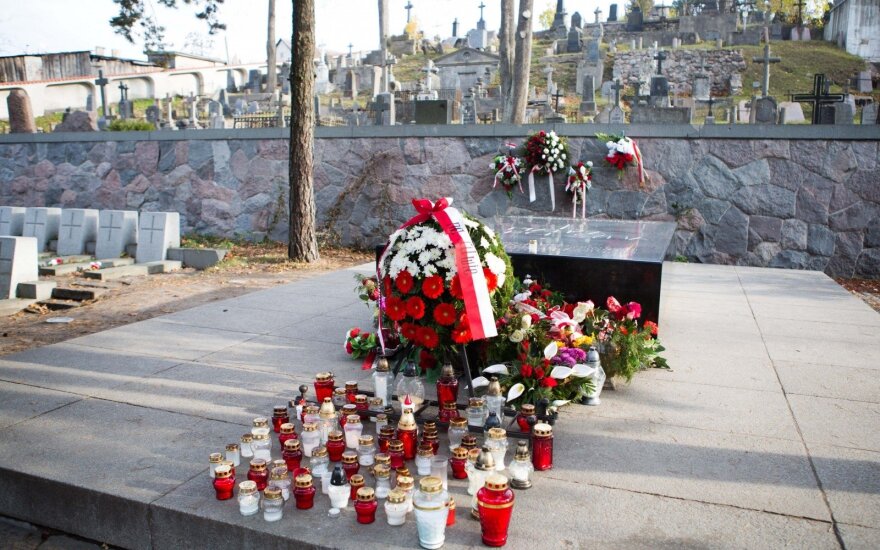 The image from Vilnius' Rasos Cemetery will be included after dropping the idea of using an image of the Lithuanian capital's Gate of Dawn in Polish passports.

"The grave of the mother and her son's heart is a very sensitive symbol of the Polish women who, during the occupation, raised their children so that they remembered Poland, our culture, tradition," the Onet.pl news website quoted Interior Minister Mariuszs Blaszczak as saying.

"Owing to the dedication of mothers, a generation grew that led to Poland regaining independence in 1918," he said.

Related articles
Poland vows to consider Lithuanian stance on images of Vilnius Gate of Dawn in passport
S. Skvernelis – I’ve received no complaints from either J. Kaczynski or B. Szydlo

"If there is a lack of landmarks in Poland, perhaps we might lend," he told BNS.

The Lithuanian Foreign Ministry earlier this year summoned a Polish diplomat in protest at proposals to include the Gate of Dawn image in new passports.

Pilsudski is considered a national hero in Poland for his contribution to the re-establishment of Poland as an independent after World War I, but he is regarded as a controversial figure in Lithuania due to Poland's annexation of the region of Vilnius during the interwar period.

The grave of Pilsudski's mother, in which the Polish marshal's heart is buried, is a major attraction for tourists from Poland.

The renovation of the Gate of Dawn Chapel and St. Theresa's Church will start in Vilnius this week,...

Vilnius authorities tending to tombs at Rasos Cemetery will seek to inform relatives of those buried...