BNS
aA
The Vilnius meeting of the Standing Committee of the NATO Parliamentary Assembly on Saturday condemned the poisoning of a former spy in the United Kingdom, expressing support to Britain's response to Russia. 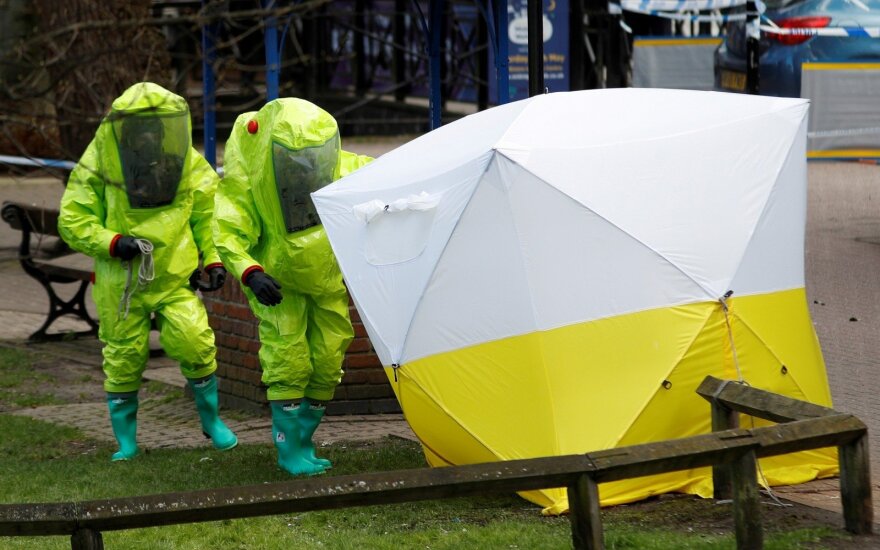 At closed meetings, representatives of the assembly heard the information provided by the UK delegation about the use of chemical weapons in Salisbury where a former double agent Sergey Skripal and his daughter were poisoned.

Great Britain has accused Russia over the attack, while Russia denies any part in the poisoning.
In a statement approved later on Saturday, the Standing Committee condemns "the heinous and unprovoked attack, the first offensive use of a nerve agent on Alliance territory and a clear violation of international norms and laws."

The Lithuanian parliament's press service said that the document expressed support to the UK government's actions, including through the Organization for the Prohibition of Chemical Weapons (OPCW), in response to the attack, and called upon the Russian Federation to cooperate fully with the OPCW's investigation.

Related articles
Russian spies posing as diplomats in Lithuania: what do they look like and what do they do?
EU, NATO to coordinate response after spy poisoning in UK - Lithuanian president

The NATO Parliamentary Assembly unites parliaments of the Alliance's member-states. The organization does not have extensive powers and is rather considered an instrument for securing a link between NATO and national parliaments.

"Russia used a chemical weapon, a weapon of mass destruction, in the territory of the United Kingdom. At the same time, another type of weapon that destroys the brain was released into circulation – and that weapon is lies. It targeted more than just a former officer of the Russian GRU. It targeted a state and all of its society. The objective was to intimidate. Therefore, we need more mobilization and an adequate strategy to deter the Kremlin," Lithuanian MP Rasa Juknevičienė who was elected president of the NATO Parliamentary Assembly on Saturday said at the committee's meeting.

Lithuania's President Dalia Grybauskaitė said on Thursday that the country was considering...