Vilnius mayor: Using social media is like picking up a phone or replying to emails

George East | the Lithuania Tribune
aA
It has been just over two months since the Liberal Movement’s Remigijus Šimašius was voted in as Mayor of Vilnius. 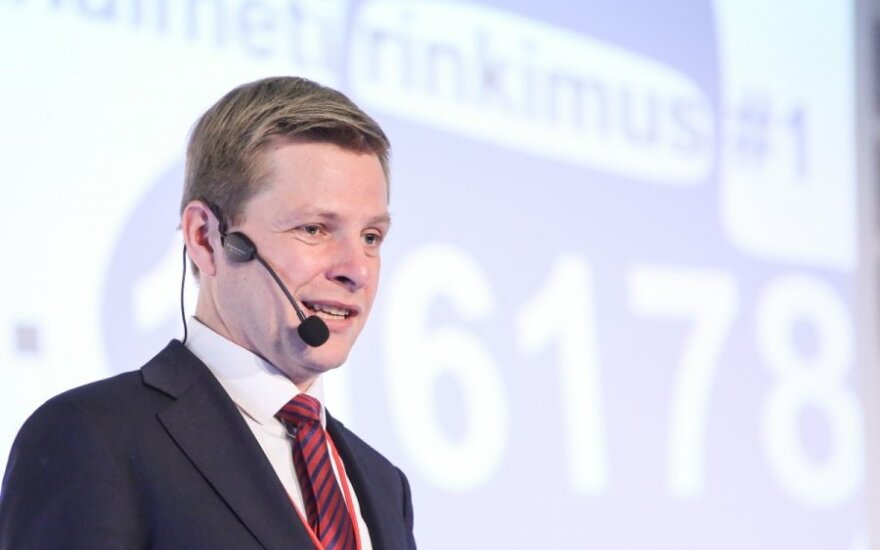 In Lithuania’s first-ever direct mayoral elections, Šimašius secured 61% of the vote in the March 15 run-off, beating then incumbent, Artūras Zuokas of the Lithuanian Freedom Union party.

Šimašius recently gave an exclusive two-part interview to the Lithuania Tribune. The first part saw him explain how he treats social media as a “normal [communication] channel, the same as a phone call or an email”, and how using it intelligently will allow politicians to “become closer to voters” on the Lithuanian political landscape.

The mayor closed the first-part of the interview by giving an analysis of the 2015 LOGIN conference and what it means for the city to have such a specific event.

You were recently voted Lithuania’s ‘Online Man of The Year’ and have a very active social media presence. How will you use social media to engage with communities, and do you feel being present on the correct social media channels helped your mayoral election win?

I started using social media when I was the minister of justice, then when I was a member of parliament and also during the mayoral election campaign - I didn’t really stop!

I think nothing potentially will change in this respect, but of course what changes is being the head of a city. That means there are many practical problems and practical details about running it - a bad pavement in one place, a broken trash bin in another and how to run a kindergarten in the third place. Then, of course, to deal with this I have to involve part of my advisory team to treat is as a normal [communication] channel the same as a phone call or an email and respond in a proper manner.

This is probably the only change, that there are now more direct messages coming through social media channels.

How do you see the future of the Internet and social media influencing politics in Lithuania?

I’m not a futurist in social media, but I treat it as an issue of today. When I was talking at the LOGIN conference, the issue was raised as to whether it’s possible to win an election on Facebook.

My answer was that I don’t think it’s possible now, but it’s possible to lose one on Facebook. If you are on Facebook and make a mistake, mistakes are more visible and spread more often, so you have to react quite quickly, because it may turn into a huge communication disaster - it’s made even easier than on other channels.

Speaking about the impact of social media and how it helps politicians and in general, it helps to actually show yourself as human being; the way you think and the way you argue.

Other channels are for spreading the message, but less for communication and more bi-lateral, to go up-stream and downstream if I may put it that way?

If I am able to show that, and show I am a natural person then that could be attractive to a lot of people. Then you also become closer to voters and I think that’s very important for politicians. 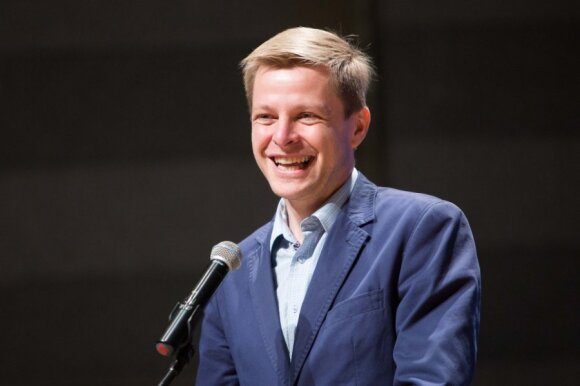 I find it very great, actually. I do remember when it first started nine years ago it was a hipster-type blogger thing.

In its first year, it had 150 participants and this year it had 4.5k participants. What’s visible right now, is that two or three years ago, LOGIN was looking for its new identity because it was still a kind of community and a community event for bloggers. They were claiming, “oh, the event has been spoiled because it’s become too commercial and so on” [laugh].

Now it’s very clear it became commercial in a pure and good sense of the word. It has become an area for this inter-communicational approach of a meeting point for people to trade and communicate, but also it has this very good and thick layer for business. I’m very happy it developed this way because it’s a very real event. You don’t have such events in every country and it’s obvious it’s becoming a regional event and I see that in many cases that the working language quite naturally has switched from Lithuanian to English - not because the speakers are native English speakers, but because quite an important number of the participants are English speakers. There has also, of course, been more integration with the Baltic States and Scandinavia.