LT Daily
This year's budget for Vilnius will prioritize the renovation and renewal of existing educational buildings and the renovation of drive-ways, sidewalks and bicycle paths, said Vilnius Mayor Remigijus Šimašius. 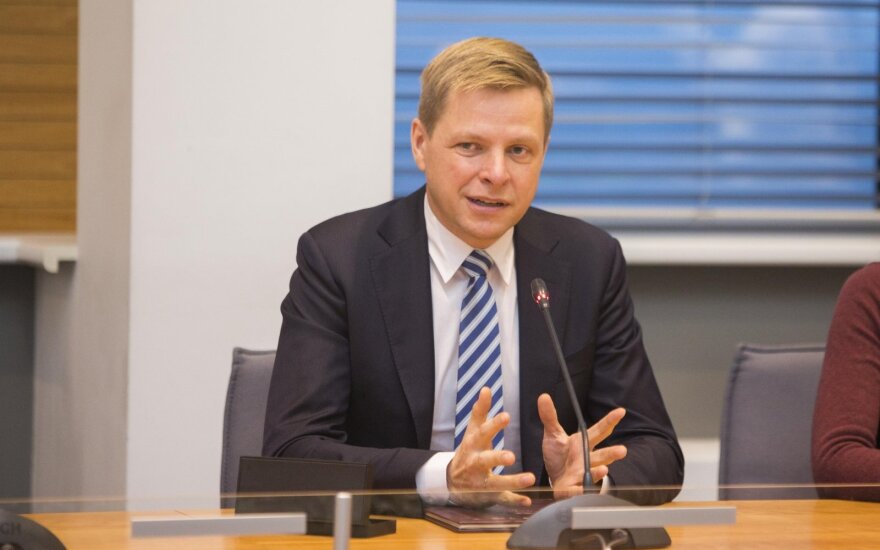 When he presented the city's budget for 2016 to journalists on Wednesday, Šimašius emphasized that this year's budget would focus on controlling the city's debt – this year's budget deficit is projected to be €24.6 million, which is more than two times smaller than last year's deficit of €63 million.

“Our goal with the budget was to make it responsible in several ways: first, that it wouldn't drag Vilnius down financially and would allow the city to move forward normally. Another aspect that might be even more important is that the budget would focus on Vilnius residents' real needs, and not just say it did. The third aspect would be to remove unnecessary political administrative expenses and not to over-use our resources,” the mayor said at the press conference.

Related articles
Uber coming to Vilnius  (1)
There will be no mosque in Vilnius, liberal mayor says  (1)

According to Šimašius, about 200 transit entryways will be renovated using €2.6 million from the budget. €2 million will be spent renewing the riverbank from Mindaugas bridge to the Business Triangle. €500,000 will be spent renewing 10 squares throughout the city's outer neighborhoods. Seven kilometres of new sidewalks will cost the city almost €360,000.

A new bike path has also been planned between Lazdynai and Gariūnai, a remote suburb of Vilnius that is home to a popular and expansive market. Existing paths will be renovated as well, but Šimašius also said that even more bike path updates would be planned for 2017.

Other changes include a 30 percent reduction in the municipality's vehicle fleet, less business trips, and less studies.

The budget will be considered by the Vilnius City Council for two weeks before it is approved.

Uber, the company behind the mobile app that provides access to vehicles for hire, is in talks with...

There will be no mosque in Vilnius, liberal mayor says (1)

There are no plans to build a mosque in Vilnius as Lithuania prepares to take in Muslim refugees,...