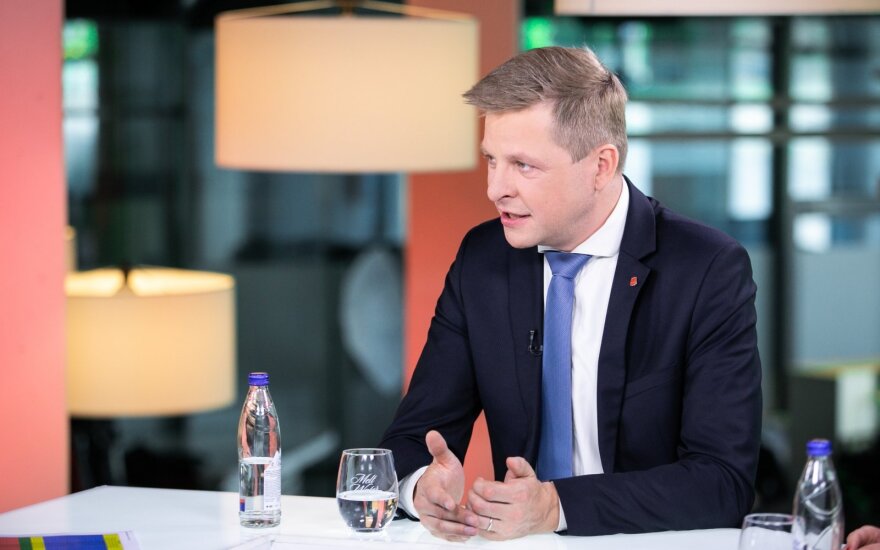 "The government wanted to know if we were fitting into the allocated funds and I assured him that we were. That means we are sticking to our agreement and going ahead with the project," Simasius told reporters after meeting with Skvernelis on Friday.

"The prime minister assured me that everting would keep going as long as we didn't ask for more funds than earmarked. And we won't", he added.

According to the mayor, the City Council will decide on funding for a concession agreement next week. Before that, all that remains is "to dot the i's and cross the t's" in the concession negotiations with a consortium led by Axis Industries.

"The government and the prime minister are in favor of the stadium finally being built," Tomas Berzinskas, Skvernelis' spokesman, told reporters.

Vilnius' local authority has been lately at odds with the central government over the funding for the project for building a national stadium in the capital. Amid stalling bureaucratic procedures, the Cabinet has decided to divert EU funds originally allocated for the stadium into other projects.

Povilas Poderskis, the capital's municipal administration director, warned earlier this year that without EU money, the cost of the project might rise from the originally planned 93 million euros to 106 million euros.