BNS EN
aA
Lithuania's government should Wednesday discuss the position to be held in the suit filed against Lithuania by Vladimir Antonov, former main shareholder of bankrupt bank Snoras, that is heard in Russian courts. 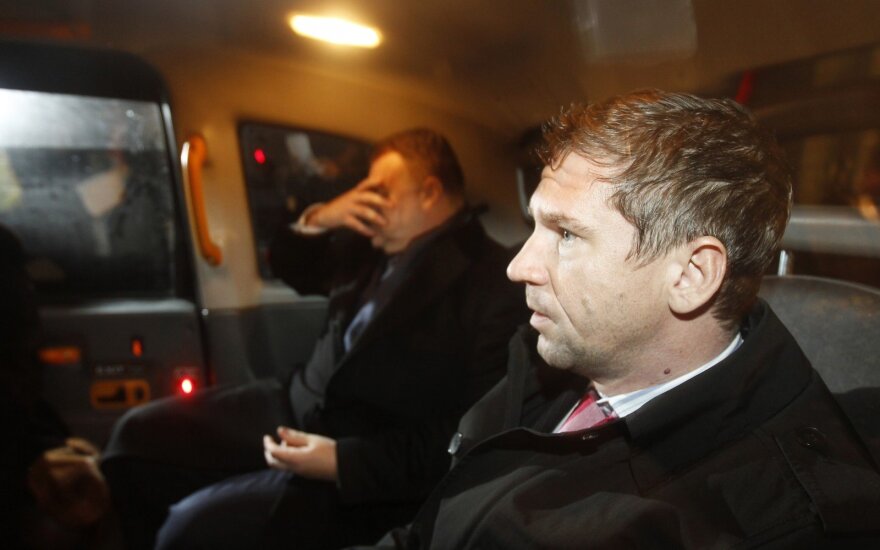 In hearings at the Russian Court of Appeals, Lithuanian officials intend to cite the state immunity from the jurisdiction of Russian courts guaranteed by international laws, the Justice Ministry said in draft minutes of the governmental meeting.

With approval from the government, Lithuanian diplomats should had a diplomatic note to Russia over "actions of courts that violate the state immunity of the Republic of Lithuania guaranteed by international law."

On November 28 of 2016, a Moscow arbitrate dropped the case initiated by Antonov. Lithuania then cited the same argumentation on immunity from Russian jurisdiction and called for termination of the case or dismissal of the plea.

The former Snoras banker filed an appeal against the finding. According to information available to the Ministry of Justice, the first hearing at the Russian 9th Arbitrate of Appeals is scheduled for April 13.

The ministry said the court had advised parties to submit their motivated responses, however, Lithuania has not received any procedural documents.

The former banker aims about 550 million euros from Lithuania in material damages and damages to his business reputation.

In 2015, British courts ruled to extradite Antonov and another former Snoras' shareholder Raimondas Baranauskas to Lithuania, however, the two went missing from the country and now reside in Russia.

Snoras' operations were suspended on November 16 of 2011, with bankruptcy proceedings against the bank opened on December 7 of that year.

Seimas opens amendments to put ex-bankers on trial in absentia

The Lithuanian Foreign Ministry is concerned over Russia 's decision to grant political asylum to...