BNS
aA
After heated discussions and protests, Vilnius' City Council decided on Wednesday to rename a small street in central Vilnius named after Kazys Skirpa, a controversial 20th-century Lithuanian diplomat and military officer, due to his declared anti-Semitic views. 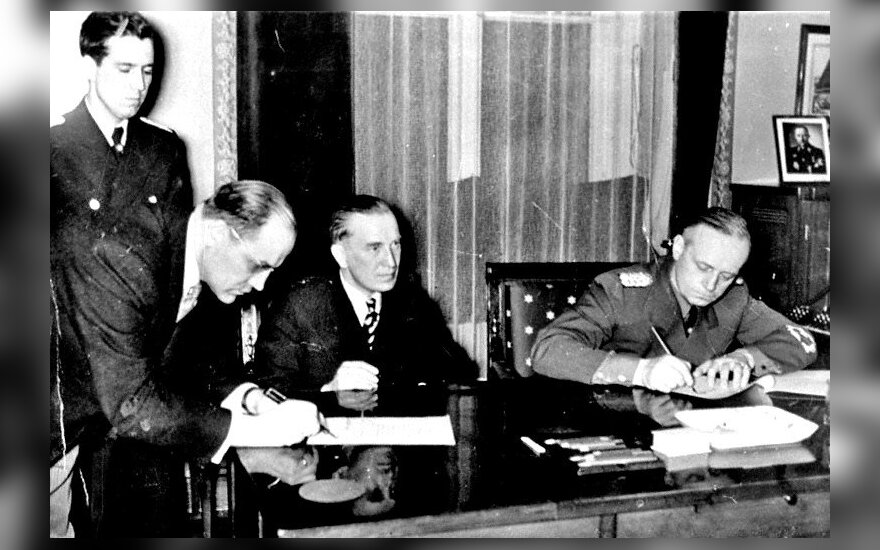 The decision to change the name of Kazio Skirpos Aleja at the foot of the capital's landmark Gediminas Hill to Trispalves Aleja angered opponents who emphasize Skirpa's role in the fight for Lithuanian independence.

The motion to rename the street was passed in a vote of 21 to 16 with one abstention.

"If we want to be glad and proud to have a city that is open and respectful to all people, we can't display extraordinary signs of respect to someone who said, 'Let's take the opportunity to get rid of all Jews and create an oppressive atmosphere so that they wouldn't even think they could have rights in Lithuania'," the mayor told reporters after the council's meeting.

"These were his words, which he never denied even though he died in free America," he added.

A dozen people gathered outside the municipality building to express their opposition and call on councilors not to discuss the issue.

The protesters stressed the need to take into account Skirpa's contribution to the creation and consolidation of an independent state.

They emphasize that Skirpa hoisted the Lithuanian tricolor on the Gediminas Castle Tower with a group of Lithuanian volunteer soldiers on January 1, 1919. This is why the capital's politicians proposed the rename the street Trispalve, which is the Lithuanian for "tricolor".

Renaldas Vaisbrodas, the initiator of the renaming of the street, said it was "a very painful issue".

"Kazys Skirpa, as the person who led the Lithuanian Activist Front, contributed to anti-Semitism rising to the political level. This is the reason why it was proposed to change the name of Kazys Skirpa Aleja to something that would unite, bring us together," he said.

Historians differ in their assessment of Skirpa.