Vilnius bypass construction may be halted 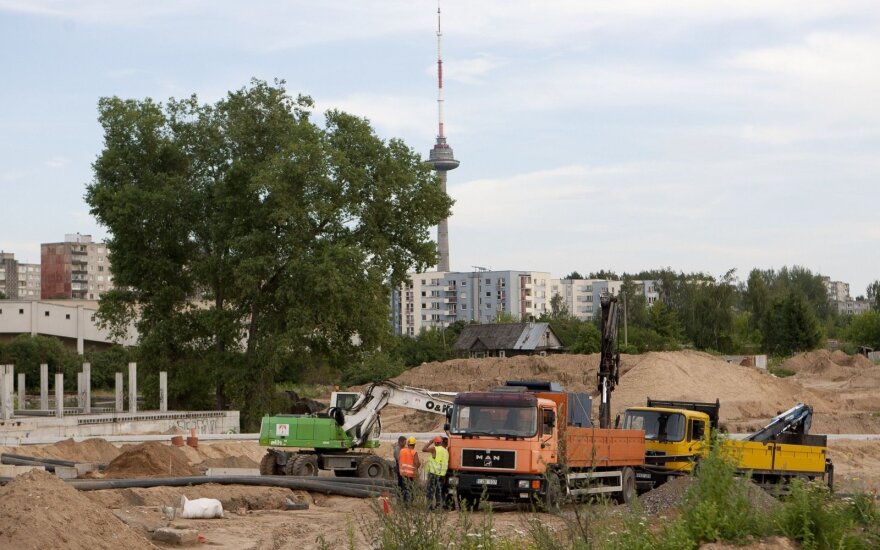 Vilnius residents and visitors are constantly caught in traffic jams in the city's main streets, and it has been promised that the Vilnius bypass currently being built will reduce them. However, the construction of this bypass may be halted because the city municipality owes road construction companies tens of millions of Euros for work they've already done.

The Vilnius City Municipality has admitted that its payments have been late, but it has avoided direct responses and hopes that construction workers will continue working without their paychecks.

The construction of the bypass could be halted such that drivers coming from Kaunas past Gariūnai could reach the Vilnius – Panevėžys highway and avoid the Vilnius city centre. This stretch of the bypass is being built by Kauno Tiltai and their subcontractors. Ieva Paliliūnienė, a communications specialist at Kauno Tiltai, told Delfi that the company and its partners have currently completed work worth almost €35 million. “To this day, the contractor has not received a single payment for completed work,” she said.

She did not respond directly when asked whether the debts would prompt the companies to halt construction, but indicated that this could happen. “Everything depends on how long the debt will stand. Under certain conditions that do not depend on the contractor, construction can stop. However, Kauno Tiltai and its partners are not currently halting the third stage of the construction of the bypass. They are working out of their own funds and they haven't been late. Everything is happening according to plan, but as the work picks up, they need more and more working capital for materials, fuel, and workers' and subcontractors' payments, so we may soon be unable to continue financing the project. As we mentioned, if the debt will continue due to conditions not under the contractor's control, it could be that we will no longer be able to continue financing the project ourselves,” she said.

The city municipality has refused to comment on the debt, but Linas Bartusevičius, the head of the Infrastructure Division at the municipality's City Municipal Management and Transportation Department, said that European Union funds will be used to fund the bypass, and that the European Commission must decide on the allocation of funding. He also said that the financing contract “should” be signed in July of 2016, and that the contractors would then immediately be paid for their work.

On Thursday, the municipality announced that it has signed a refinancing agreement with the Šiaulių and DNB banks to return debts worth €59.3 million.

Thought the bypass contract stipulates completion by April 14th, 2017, the company has promised to complete its work by the end of the year.

On Friday, the Vilnius municipal government will turn the central heating system back on. The...

The City Council of Vilnius approved a Roma integration plan which envisages breaking up the Roma...