BNS
aA
Arvydas Anušauskas, a member of the Lithuanian parliamentary Committee on National Security and Defense, representing the opposition conservative Homeland Union – Lithuanian Christian Democrats, has called on the government to disclose whether activity of the Latvian-capital business group VIA SMS Group in Lithuania has been assessed in terms of national security. 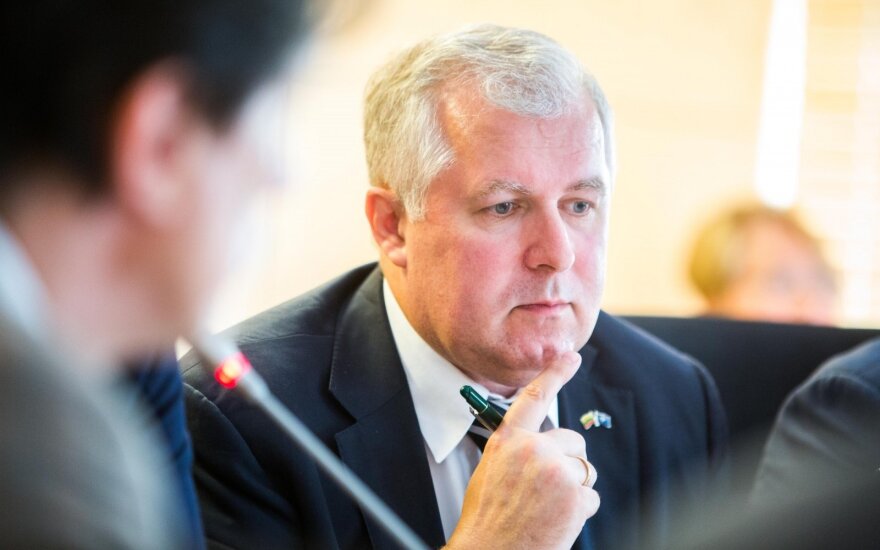 Anušauskas claims that VIA SMS Group includes people who have direct ties with the owners of the collapsed Parex bank. He has therefore turned to the finance minister and the board chairman of the Bank of Lithuania over the matter.

BNS Lithuania reported earlier that, VIA SMS Group's specialized bank FinnQ is entering Lithuania, becoming the first specialized bank in the country. And the group's another financial services company, Vialet, will also start operations in Lithuania in the fall.

Related articles
I. Šimonytė: A. Kubilius and I are the consequence of the crisis
Collapsed Ūkio Bankas' owner Romanov to stand trial in absentia in Lithuania

Anušauskas says FinnQ CEO and board member Denis Sherstyukov was a member of the Parex council and is a former business partner of Parex owner Valery Kargin's son. Moreover, former Parex owner Viktor Krasovitsky's son Georgy serves on VIA SMS Group's council. He worked at Parex in 2004-2008 and was responsible for the expansion of lseasing and factoring services in CIS countries.

"Sherstyukov also has political ties with Nils Usakovs' Harmony Centre which has an official cooperation agreement with Vladimir Putin's United Russia. Parex bank has been linked to various scandals, even with the Russian Tambov mafia group, and the Panama Papers scandal revealed that the bank issued a 100 million-dolar loan to Russian company Severneft CEO Zhan Khudainatov. This unpaid loan reportedly had major impact on Parex bank's collapse," Anušauskas said.

In his words, Khudainatov's brother Eduard head Nezavisimaya Neftyanaya Kompaniya (Independent Oil Company) which has been sanctioned by the United States foe cooperation with the North Korean regime.

In 2014, VIA SMS Group issued bond on the Nasdaq Baltic stock exchange, and its turnover stood at around 20 million euros last year.

I. Šimonytė: A. Kubilius and I are the consequence of the crisis