Veryga: some restrictions will remain even after quarantine is lifted

(1)
BNS
aA
Certain restrictions will remain even if the quarantine in Lithuania is lifted on May 11, the country's Heath Minister Aurelijus Veryga says. 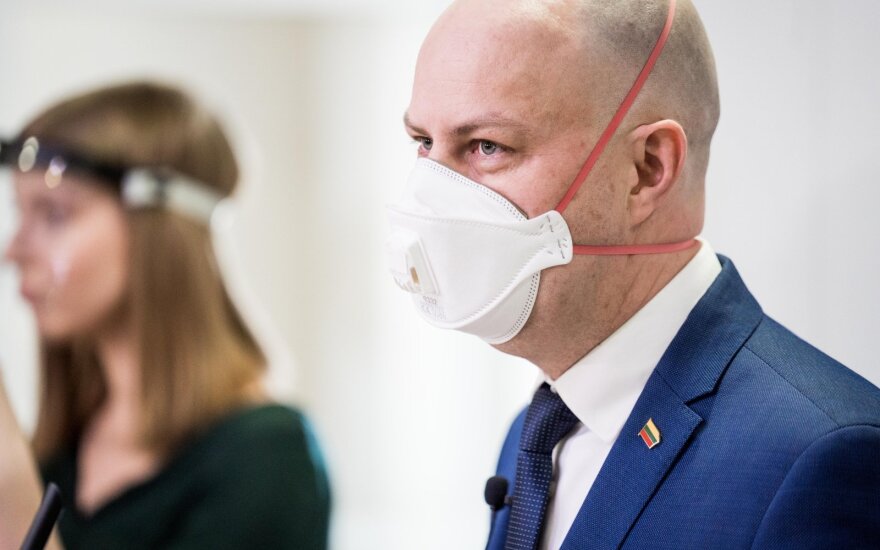 "The measures aimed at limiting contact, including distances, flow regulation, be it shops or businesses providing services, as well as personal protection measures and hand sanitizing measures," the minister said. "Something that's been totally unusual for us and what we have really never paid much attention to. Until it's not clear that the infection has either died down completely or we have medicines or a vaccine, we will have to keep certain measures."

Medical establishments will also have to be "on alert", the minister said.

"The fall will eventually come and then we'll see those waves that are being talked about and forecast," the minister told a press conference on Tuesday.

He also underlined that massive events will be banned until there's some clarity on possible new coronavirus waves. "We will definitely have to wait, speaking of some mass gatherings," Veryga said.

The existing recommendation to for seniors to avoid contact with children or grandchildren could be in place "for a very long time", the health minister said.

"Until it's not safe for our seniors. Two key conditions are either medicines or a vaccine that gives protection. In all other cases, nobody has thought of anything smarter," Veryga said.

The minister told a press conference on Monday that that chance of the existing lockdown being lifted on May 11 was "minimal".

Lithuanian was laced under quarantine on March 16 and it will be in place until May 11.

Health Minister: Lithuania unlikely to lift coronavirus lockdown on May 11 (1)

Lithuania is unlikely to lift the nationwide lockdown on May 11, Health Minister Aurelijus Veryga...

Lithuania to extend quarantine until May 11

The Lithuanian government is planning to extend the nationwide coronavirus lockdown until May 11,...

Schoolchildren's Song Festival 2020, planned to be held in Vilnius in July, has been cancelled due...