BNS
aA
I had a discussion with students from a school in Visaginas, northeastern Lithuania, last week and asked them to describe a good journalist. One student said: one who does not impose his opinion and who is impartial. It's now harder to find such journalists in Lithuania than it used to be. 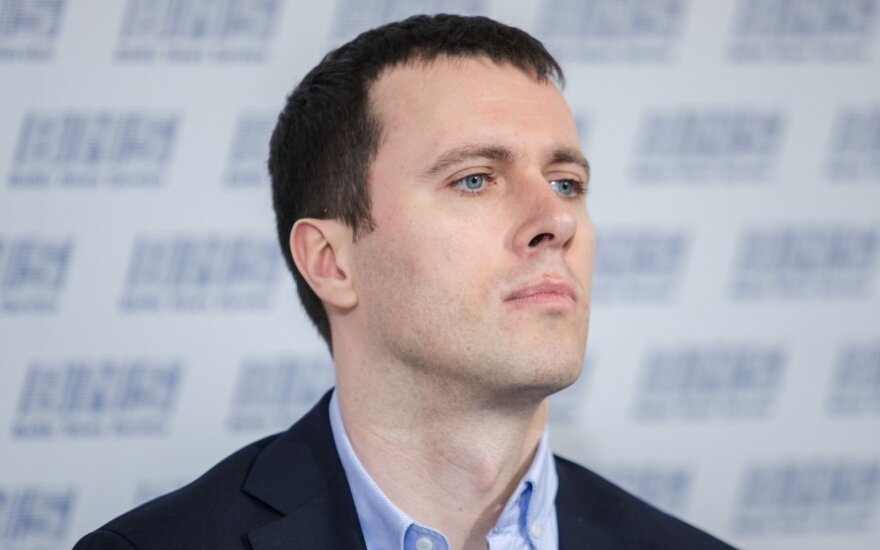 This year, we've already seen journalists organize a protest action and call for early elections to the Seimas, lobbying on both sides of the barricades regarding the activities of the LRT public broadcaster, while media executives have made commitments to encourage citizens to support dual citizenship.

Some journalists organize political or civic initiatives, spend a lot of time on Facebook, expounding their opinion on a variety of matters, leaving less time to impartially hear what all sides are saying. Lithuania very much needs promoters of civil and political awareness, public figures, political activists and opinion leaders. But unfortunately they are pushing professional journalism, based on impartiality and accountability, to the sidelines.

The media's losing its influence

By engaging in political activism, journalists are probably trying to compensate for the fact that the so-called traditional media is rapidly losing its influence on society.

Because of the rise of social media, journalists no longer have a monopoly on reporting and producing the news, their influence on the public opinion has weakened.

The media's role as an intermediary has diminished. Gone are the days when politicians needed to get on TV to make themselves heard and when newspapers' editors held morning meetings to determine what issues will be discussed during the upcoming day. Now journalists are often forced to follow and cover "Facebook news".

It is good that corrupt media moguls are losing their influence, and that you don't need to be rich for the whole world to listen to you.

It was not information published in the newspapers, or broadcast on the radio or TV, but social media posts that led thousands of people to come to the Freedom Picnic, to rally outside the Seimas or spark the "cauliflower scandal". The organizers deserve praise for mobilizing part of the passive Lithuanian society.

So perhaps we can simply state that traditional media's focus putting focus on impartially no longer has place in this century?

Social media – does it unite or divide?

It would be dangerous to rely only on social media. It is used not only by the underdogs but also by the powerful who have the necessary resources to manipulate it, as illustrated by Brexit and the rise of Donald Trump.

Without journalists and editors, it would be easier for demagogues to shape the public opinion and spread lies. Many readers feel no need or inclination to verify news in the social media that appeals to their preconceived opinions.

Social media was created to unite people but surveys show that a growing number of experts believe it's now more dividing than uniting.

Emotions and intuition overshadow facts and critical reasoning on social media. Even Lithuania's former head of intelligence, constantly speaking about the threats posed by fake news, once shared a story on Facebook and wrote: "I won't bother verifying the trustworthiness of this information. If it is true, it will be interesting to see how the media (and our politicians, naturally) react."

Despite the declared intention to monitor the contents, in reality there are fewer legal restrictions on social media than on traditional media, and masters of propaganda are taking advantage of that.

Some believe the amount of information noise will continue growing, and politicians will use this as an excuse to increase control of the public sphere under the disguise of fighting the spread of fake news.

How should we react?

This scenario is not unavoidable. In the century of "information excess", professional journalists are needed for people to be well-informed while making important decisions in the areas of their activity.

This is where we see our niche. In the XIX and XX centuries news agencies had the luxury of being the only institutions reporting news quickly. This will never be the case again, artificial intelligence will force the media to increase the pace of its output even more.

Selecting news based on their significance to the society and their verification will be our main guiding principle. For us to remain the primary source of trustworthy news, it's vital to keep and strengthen readers' trust.

To do that, we have recently taken a few steps:

1. We demand transparency not only from others but also from ourselves. All BNS Lithuania journalists openly declare their interests to their superiors, and the superiors' declarations were published last month. If foreign trips are partially funded by their organizers, we state that in every report.

2. We feel the responsibility that we, not only representatives of the government or the army, need to contribute to media literacy. Therefore, almost every week we invite schoolchildren to visit our editorial office to learn how to not get lost in the information flow, and also for us to learn how the consumption of the news is evolving.

3. Our binding Code of Ethics ensures that while in the office and outside it, journalists are committed to avoiding action that might undermine readers' trust. That is also applies to social media. We contribute to initiatives that defend the freedom of speech and join protests against laws that would restrict it. But we refrain from public initiatives on political issues, be it early elections, abortion regulations, or the controversy surrounding Kazys Škirpa, for some a patriot, for others a Nazi collaborator.

4. We acknowledge that not only politicians but also journalists need to get rid of "elitism" and focus more on reaching out to all of society, and not only part of it. Therefore, we have set ourselves annual goals of having more reporting trips to Lithuanian regions, instead of foreign trips.

5. In response to technological changes, we are adapting our contents to mobile phones. We have shortened our headlines, we are developing new text formats, and while writing our articles, we're always asking ourselves if they will be reader-friendly for mobile phone users.

We have become more flexible in terms of working hours to make sure our readers find our latest news on their mobile phones both early in the morning and late in the evening. In the future, we'll have to adapt to the fact that more and more news will be experienced through virtual or augmented reality rather than simply read, watched or listened.

Naturally, it's not a fit-for-all solution. It's an invitation for deeper discussion in search of better solutions on the occasion of the World Press Freedom Day.

Complete impartiality is a utopia until artificial intelligence eliminates journalists – people with their own world-view (although robots will also adapt news to the rules created by humans). The society needs journalists-observers and media that are transparent in declaring their views. But we also want to strengthen the journalism that Visaginas student is missing: journalists who collect, verify and impartially publish facts rather than their own one-sided interpretations, journalists who create room for debate rather trying to push it in the direction of what they believe to be the truth.

Vaidotas Beniušis is the chief editor of the Baltic News Service.