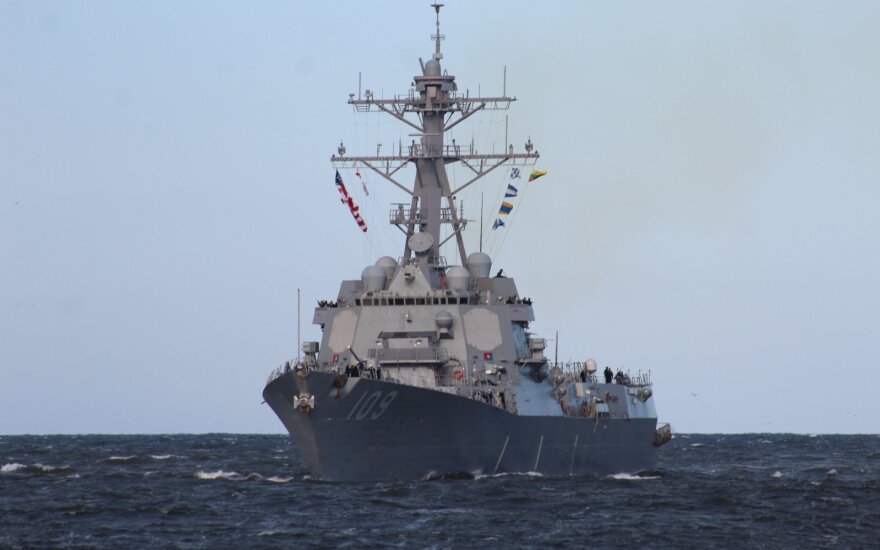 Jason Dunham’s presence in Lithuania "reaffirms to regional partners and NATO allies that the U.S. Navy shares a commitment to strengthen ties while working toward mutual goals of promoting peace and stability in the Baltic region," the US Embassy in Vilnius said in a statement.

"There are many opportunities for meaningful exchange with our Lithuanian allies during this port visit and my sailors will benefit greatly from each of them," Cmdr. Darren Dugan, USS Jason Dunham (DDG 109) commanding officer, was quoted as saying in the statement.

Sailors from Jason Dunham are scheduled to participate in two outreach programs at the Rytas orphanage and the Palangos Gintaras Children’s Rehabilitation Sanatorium. Sports activities and games with the children are planned for both engagements. A soccer game between Jason Dunham Sailors and Lithuanian Navy personnel is also scheduled.

The ship will be in Klaipėda until Monday.

Four British Navy patrol vessels are also in Klaipėda at the moment. Their crews will honour the memory of British troops killed at prisoner camps in WWI at Vite Cemetery in Klaipėda.