BNS
aA
Lithuania's former diplomats Vygaudas Ušackas and Žygimantas Pavilionis on Friday confirmed plans of running for early elections of the conservative party that will pick its candidate for president. 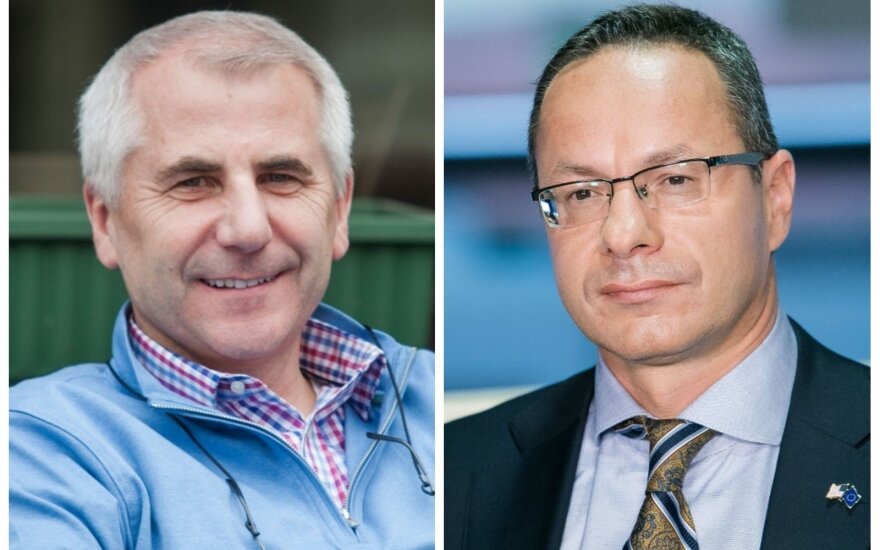 "I plan to run for the presidential election, I will announce my decision this summer," Ušackas told BNS on Friday.

"I hope my party will propose me as the candidate. I will seek to become a candidate of all citizens of Lithuania, regardless of the party they belong to," he added.

Ušackas, 53, has been a diplomat since 1991, serving as Lithuania's foreign minister in 2008-2010. He has headed Lithuania's embassies to the United States and Great Britain, the European Union's (EU) diplomatic missions to Afghanistan and Russia. He is currently the director of the Europe Institute at the Kaunas University of Technology.

Related articles
Intelligence wolves in sheep’s clothing
Artūras Vaškevičius. What will we elect – a president or a portrait?

"I have been integrating Lithuania with the West all my life, both working in Brussels and Washington, I have been defending it against all types of outside enemies, to I believe it is my duty to do the same in the current elections, as third countries will also take part in our elections," said Pavilionis.

Nausėda, 53-year-old adviser to president of SEB Bankas, told BNS on Friday his decision on joining the race would come in September. In his words, the issue remains open at the moment, and the decision "can be positive or negative."

"I will make a decision in September. This will give me time to see the society's feelings, meet many people and the decision will then come naturally," said the economist.

Šimonytė, 43-year-old former minister of finance, said she would decide on the matter, if her party proposes her as candidate.

"I will not be very surprised to see my name among the proposed candidates but I will only say then what I will do with the name," Šimonytė told BNS on Friday.

The conservatives say their initial elections will be open to people from the outside. The party's election is scheduled for this fall.

The ruling Lithuanian Farmers and Greens Union has not yet decided on the scheme of proposing a candidate for the next year's presidential election. Prime Minister Saulius Skvernelis has said he had not yet decided on joining the race, pledging to give his decision later.

European Commissioner Vytenis Povilas Andriukaitis is viewed as the most prospective candidate of the Social Democratic Party, however, says he would announce his decision at a later date. The party's MEP Vilija Blinkeviciute has told the media she would not join the race. The party is still proposing candidates for its internal elections.

The Liberal Movement will pick a presidential candidate in an internal ballot during a congress next weekend. The candidates proposed by the party's board include MEP Petras Auštrevičius and MP Arūnas Gelūnas, Lithuania's former ambassador at UNESCO.

MPs Naglis Puteikis and Aušra Maldeikienė along with MEP Valentinas Mazuronis have already announced plans of running for president next year.

Kaunas Mayor Visvaldas Matijošaitis listed high on public opinion polls has not yet revealed his plans on running for Lithuania's president.

Ratings: Nausėda climbing rapidly, but no cause for celebration

Asking the people, who could be presidential candidates

Reactions to Ž. Pavilionis‘ act and advice for improvement