US to maintain troops in Lithuania 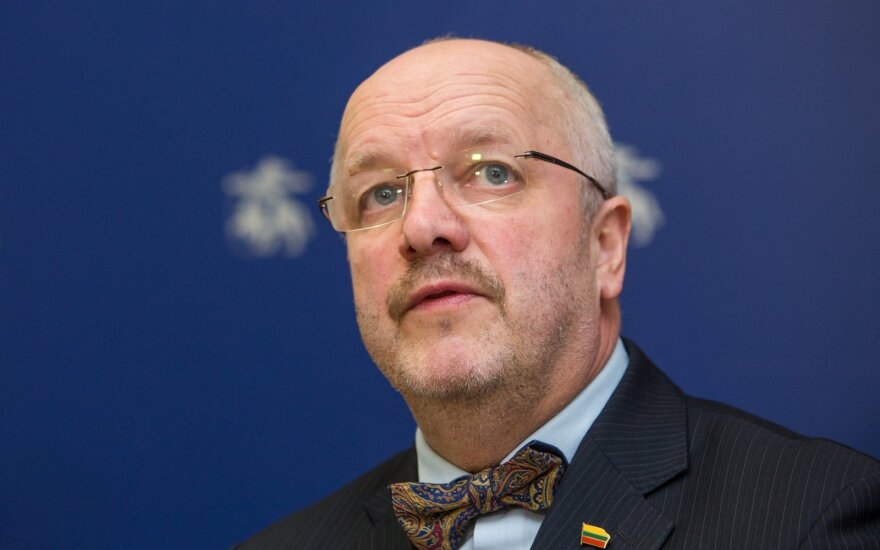 Carter reiterated the long-term plans for US presence in the region and Lithuania. "We are certain that the continued financing of the European Reassurance Initiative will allow the United States to maintain its troops and the equipment planned to be prepositioned in Lithuania, and to continue strengthening its presence in Lithuania," the US secretary of defense said.

In his turn, Minister Olekas underscored that political will to strengthen defence sector and the support of the society would allow to continue seeking a defence budget amounting to 2 percent of GDP, to continue carrying out the purpose-oriented modernization programme of the Lithuanian Armed Forces, and to man units of the Lithuanian Armed Forces with soldiers who are motivated and trained for national defence, i.e. volunteer draftees. "One of the key tasks of the Government is to employ every measure to make sure that Lithuania is safe and nobody dares to trespass our borders or cause any other threat to the security of our land," Minister Olekas said at the meeting.

US defence secretary expressed strong support to the modernisation programme of the Lithuanian Armed Forces' capabilities, and particularly to the efforts to enhance the combat power of the Lithuanian Armed Forces by acquiring infantry fighting vehicles. Ashton Carter confirmed the proposal of the United States regarding infantry fighting vehicles. "We are ready to update the Stryker fighting vehicles used by the US military and to sell them to Lithuania. We understand Lithuania's wish to get the fighting vehicles as soon as possible and will respond by providing a detailed tender on transporting the available Stryker vehicles to Lithuania as soon as next year," he said. He also reiterated his full support to Lithuania's efforts to seek a regional architecture of mid-range defence systems and a potential joint project in the future. "It would be the most efficient way to fill in the gap of critical capabilities in the region," Carter said.

Minister Olekas assured that Lithuania understood the importance of maintaining the troop presence in Afghanistan and with the consent of the Parliament was ready to increase its presence in the country.

Olekas and his delegation also met with Chief of Staff of the US Army General Mark Milley and Chief of the National Guard Bureau General Frank J. Grass. The meeting officials discussed security situation and Lithuania's interest to continue strengthening the cooperation with the Pennsylvania National Guard by involving it to a greater extent into the US implementation of the assurance measures agreed by NATO.

On 18 November, Minister Olekas and his delegation will travel to Pennsylvania to meet with Governor Tom Wolf and Commander of the Pennsylvania National Guard Major General James Joseph.

On 19 November, the minister and his delegation will depart for the Halifax Security Forum in Canada where he is also expected to meet with new Minister of National Defence of Canada Harjit Sajjan.