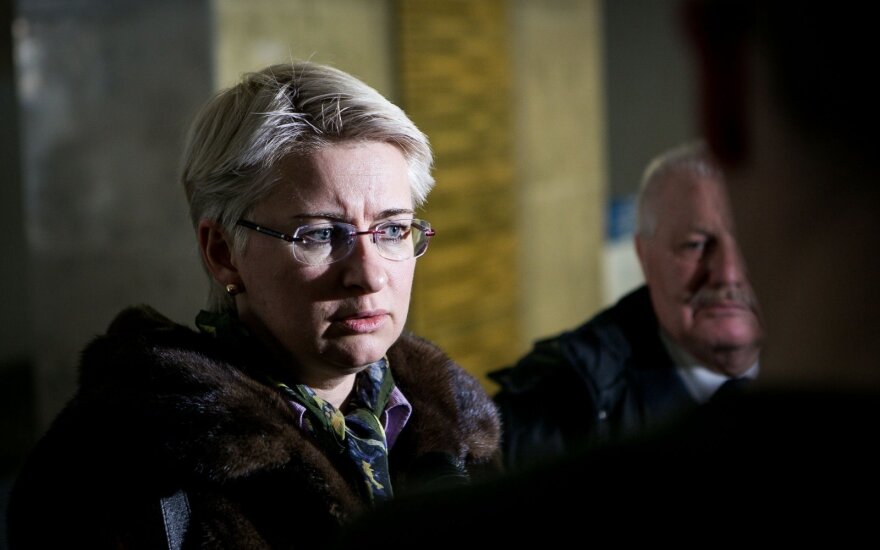 However, Pašilis said it was not clear how long the extradition process would take and that no time frame had been set by US authorities for the execution of the extradition request.

Venckienė was reported missing from Lithuania in April 2013, shortly before the Lithuanian parliament stripped her of legal immunity. In October 2014, a Kaunas court requested that Kaunas prosecutors arrest her.

Venckienė is likely to face charges under 12 sections of the Criminal Code. The Prosecutor General's Office said that the main allegations against Venckienė involve unlawful collection and publication of information about private lives of individuals and other criminal deeds, which are alleged to have been committed in 2010 in collaboration with another person.

An investigation into Venckienė's actions was also conducted by Šiauliai prosecutors, who allege that the former judge and politician had refused to obey a December 2011 court order to hand over her niece to mother Laimutė Stankūnaitė, prevented a bailiff from executing a court ruling, abused her rights as a legal guardian of a small child by psychologically frustrating the child, physically resisting a police officer and causing minor injuries to Stankūnaitė.

Venckienė was one of the central figures in the so-called Garliava paedophilia scandal. For some time, she was the foster parent of her niece. The girl's father, Venckienė's brother Drąsius Kedys, had accused the girl's mother Stankūnaitė, her sister Violeta Naruševičienė, Kaunas judge Jonas Furmanavičius and former public adviser to parliamentary speaker Andrius Ūsas of sexually abusing the child.

After the story, Venckienė and her supporters established a new party, Way of Courage, and won a Seimas mandate.

The District Court of Kaunas, the second-largest city of Lithuania, on Tuesday sanctioned the arrest...

Ex-judge Venckienė busted in US (Updated) (1)

Former Lithuanian judge and former MP Neringa Venckienė has been detained in Chicago, the United...