(2)
BNS
aA
US Secretary of State Mike Pompeo on Friday called on the Lithuanian government not to ratify the European Union's cooperation agreement with Cuba. 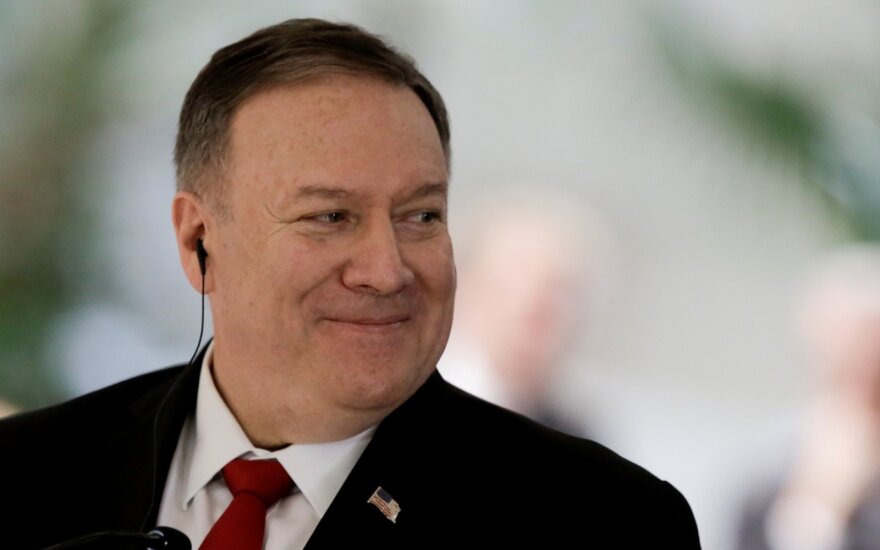 "We are grateful to Lithuania for not ratifying the agreement and ask that you continue to vote against it, as a symbol of your support for the Cuban people," he said in a letter to Prime Minister Saulius Skvernelis.

In the letter, a copy of which was obtained by BNS, Pompeo says that the Cuban regime uses the agreement "to validate its dictatorial, repressive actions".

The Lithuanian government confirmed that fact that such a letter was received but refrained from providing any further comments.

"I can only confirm the receipt of the letter. The prime minister has not acquainted with its content," Tomas Berzinskas, spokesman for the Lithuanian prime minister, told BNS on Friday.

BNS has not managed yet to receive any comment from the US Embassy in Vilnius.

Lithuania remains the only EU member state that has not yet ratified the Political Dialogue and Cooperation Agreement (PDCA) signed with the Cuban government in 2016.

The Lithuanian parliament's Committee on Foreign Affairs gave the green light for the ratification in February.

But Pompeo says that by refusing to ratify the agreement, Lithuania would support "the hope for freedom democracy, and improved respect for human rights in Cuba".

In his words, since November, 2017 when the agreement came into provisional force, the political situation and human rights conditions in Cuba have dramatically worsened.

Pompeo also paid attention to the fact that by most counts, there are more than 100 political prisoners arbitrarily detained in Cuba.

Foreign Minister Linas Linkevicius said earlier that while Lithuania was not an enthusiastic supporter of the EU-Cuba pact, it should not be the only one blocking it either.

The minister also said the EU's engagement could also help weaken the influence of China and Russia in the region.

The opposition conservatice Homeland Union – Lithuanian Christian Democrats strongly oppose the ratification of the pact, saying such a move will serve the interests of the repressive Communist regime. Lithuania also shows solidarity with US politicians by not ratifying the document, they say.