BNS EN
aA
Democratic US Senator Richard Durbin said in Vilnius on Tuesday that US troops should to be permanently stationed in the Baltic countries. 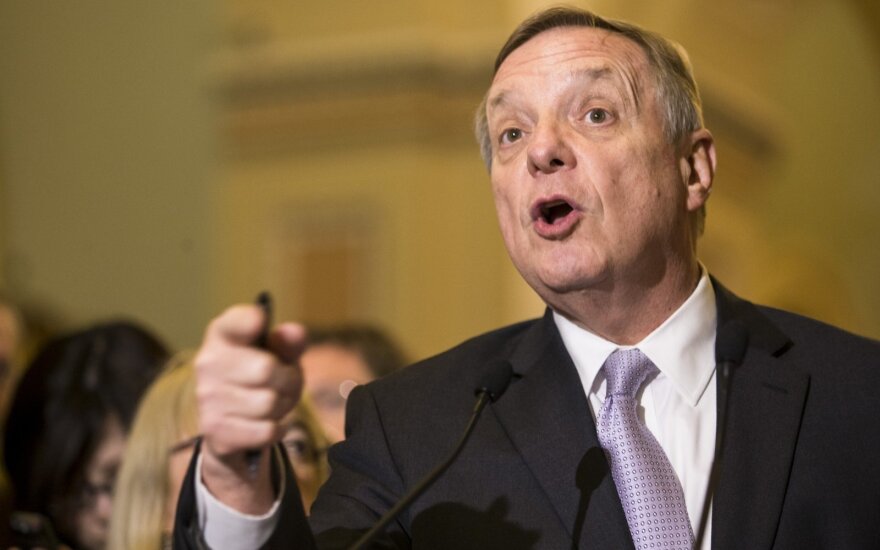 "I would like to see a permanent presence of US troops in the Baltic states not only to supplement the efforts of our NATO allies that we have a great faith and trust in, but also to make it clear that the US is committed to sovereignty and safety of the Baltics," he told reporters after meeting with Lithuanian President Dalia Grybauskaitė.

Since Russia's annexation of Crimea in 2014, the United States has been sending a company of troops to each of the Baltic states and Poland. US special forces have also been stationed in the Baltic countries. A battalion from a US brigade deployed to Poland is expected to frequently come to Lithuania for training this year.

"We need to continue to do all that we can do in the US to help in defense of the Baltics," Durbin said.

Grybauskaitė and the US senator, whose mother was born in Lithuania, also discussed Lithuania's requests for a greater US role in Baltic air defense.

Baltic officials have long said that air defense is one of the three nations' weakest points in military terms. In an effort to beef up air defense, the countries are considering a stronger mandate for NATO's Baltic air-policing mission and additional land weaponry.

The Lithuanian Armed Forces, which currently only have short-range anti-aircraft systems, have decided to buy mid-range Norwegian advanced surface to air missile systems (NASAMS). According to earlier reports, these systems may be delivered to Lithuania by 2020 and cost the country slightly more than 100 million euros.

Lithuanian and foreign officers have also discussed stationing Patriot long-range defense systems to Lithuania in the future, but no decisions have been made yet.

Durbin said that he supported Lithuania in its bid to receive more air defense guarantees from the US.

"It is a very important part of making certain that the Baltic states are not vulnerable to (Russian President Vladimir) Putin's aggression and I totally support that as well," the senator said.

"I am willing. As a member of the Appropriations Committee, the committee that spends the money, I am willing. I believe that it is an important commitment that should be made for Poland, for the Baltics," he said.

President Grybauskaitė discussed possibilities for the US to help ensure air defense in the Baltic region with US Vice-President Mike Pence last week.

MPs unanimously ratify pact on status of US troops in Lithuania

Lithuania's parliament on Tuesday unanimously ratified the Lithuania-US agreement on the status of US...

US tanks brought to Lithuania

Ten tanks of the United States Armed Forces arrived in Lithuania on Friday in an effort to deter...

President expects parlt to debate defense deal with US next week

Lithuanian President Dalia Grybauskaitė expects the Seimas to debate an agreement on the status of...

An advisor to Lithuanian President Dalia Grybauskaitė says that assurances given by top US...