US sanctions policy coordinator Daniel Fried: Russia seems to be digging itself deeper in the hole

(3)
Tomas Dapkus | Alfa.lt
Daniel Fried, coordinator for sanctions policy at the US State Department, says that it will take time before the sanctions imposed on Russia by the United States and the European Union begin showing tangible results, but they undoubtedly will. 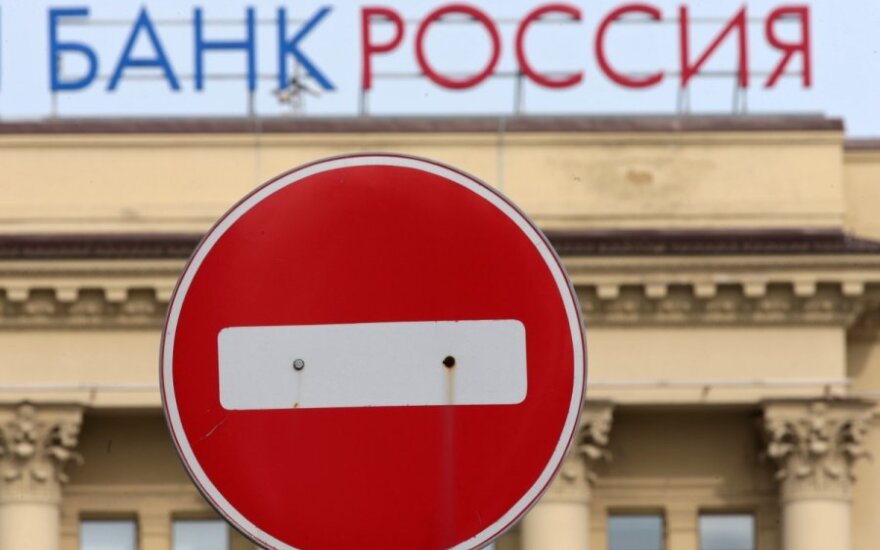 When do sanctions work?

They can work. They don't always work. They work best when they are multilateral, including, but not necessarily, blessed by UN Security Council resolutions. Clearly that is the best way to go. They can work when the world’s leading centres of economic power are more or less united and when the key governments involved devote the resources needed to see that sanctions are in fact carried out and implemented over time. It took us years and it was a very complicated process involving sanctions against Iran, yet in the end we succeeded in establishing a multilateral regime which was effective.

Also, sanctions are not a policy, they are an instrument which needs to be embedded into a larger policy. They are useful but we mustn’t ever forget the difference between ends and means. And you have to understand and never forget what it is you are trying to achieve with the sanctions.

All that said, I think the sanctions, which the United States of America and the European Union and key other countries like Canada, Australia, Japan have discussed and implemented against Russia, for its aggressive actions against Ukraine, have been effective because they meet most of these criteria.

Are there any other countries in the world who will support these sanctions against Russia or it is vital that they do support sanctions for them to be effective?

I believe that Norway, as a general rule, supports EU sanctions even though it is not a EU member. I believe it is doing so in this case. Switzerland, not an EU member, as a general rule supports those sanctions. And it is doing so in this case. That’s a good thing. We’ve been talking also to South Korea, Singapore, we had consultations with China and we will continue our consultations. The more solidarity that exists in the world on this issue - the better.

Russia has also introduced counter-sanctions against the European Union and the United States. Some say that these sanctions by the Kremlin would hurt Russia more than the EU. What do you think?

That could very well be the case. Why Russian leaders think it is a good idea to deprive the Russian people of high quality food is something I don’t understand and they will have to explain.

Maybe some of your readership remembers the Soviet period. I do. You remember the food lines for oranges and bananas, you remember the special stores where privileged members of the ruling elite could get food which was not available to the general population, you remember the difference between the free market price at the “rynok” and “kolchoznyj rynok”, and the price in the state stores. Those things are gone in Russia pass after 1991, and, of course, they are never coming back in your country. Why the Russians would take a step back to that period is not easily understood by anybody. I suspect that Russians will find ways to mitigate the impact of their own sanctions so as to avoid this problem, but I can’t say.

The sanctions imposed by the European Union now are tougher than they were in the beginning. But still the weapons and the personnel and so-called “volunteers” are flowing through the Russian border into Ukraine, Ukrainian officers are being kidnapped and illegally kept in Russian jails.

It is true that, despite the sanctions, Russian arms and fighters are still flowing across the border. This needs to stop. Leaders throughout the world, including [German] Chancellor Angela Merkel over the weekend, have called Russia to stop this. The White House issued a statement saying that if Russia wanted to contribute to the welfare and improvement of the humanitarian situation in Luhansk and Donetsk oblasts, they could start by stopping the weapons and fighters across the border to their proxies.

The European Union deserves to be applauded for its show of leadership and determination on the very difficult circumstances. The United States and Europe acted together after long consultations to impose sanctions that were very close if not identical and certainly complementary. Again this is a show of leadership and many who have doubted the European Union to take that step have been proven wrong and Europe proved itself to be effective. It doesn’t mean that the sanctions at once, through a single step, solve the problem. They clearly haven’t in this case. And that’s unfortunate. The Russians should think hard about what it is they are doing and why they are doing it.

We have much public information about Russian sponsors of terrorism in Ukraine. For example, Russian oligarch Konstantin Malofeev, who owns international investment fund Marshall Capital, does not hide he is one of those who are involved in breaches of the sovereignty of Ukraine. Terrorist leaders in Donetsk like Igor Girkin-Strelkov and Alexander Baroday are his employees. Will individuals who publicly supported or sponsored terrorism and insurgency in Ukraine be punished by sanctions by the West?

We are constantly looking at our sanctions and looking at ways to update them using our existing authorities. Sanctions work over time. The Department of Treasury manages most of the financial sanctions for the United States, they have a very efficient office - the Office of Foreign Asset Controls, OFAС, which manages this. They are always looking at potential new targets for sanctions.

I’m not going to comment about any individual case, but we have authorities and we intend to carry them out. And it is not an escalation of sanctions to simply implement the sanctions authorities we already have. We can work at this. It does take time. And sanctions, as I said, work over time. Now that’s frustrating because the Ukrainians are under attack right now. But sanctions cannot be and are not the only instrument of our policy. I think we have seen, including over this weekend, the Germans and French stepping up by organising the foreign ministers meeting in Berlin, and you have leaders in the EU, President Obama, other leaders, all speaking out, making it clear to the Russians that they are indeed deeply isolated and this isolation is growing and will have increasing impact on Russia.

How much can these sanctions cost to Russia?

There have been various numbers tossed about. Like a hundred billion dollars of capital flight this year anticipated. I think that’s the IMF estimate. But it is hard to qualify this because you’re dealing with a major loss of investor confidence and a major rise in uncertainty about Russia. And that uncertainty is going to cost Russia many tens of billions of dollars in investments that do not take place that otherwise would have taken place.

The financial sanctions which the European Union and the United States imposed late in July will also have an accelerating and intensifying, I should say, impact as time goes on. These things are hard to quantify but our view is that the direct impact will be significant and indirect impact will be even more so.

Russia tries to find prominent European businessmen who can invest in the occupied Crimea. How can these kinds of investments be stopped?

The European Union has imposed severe sanctions on Crimea which may complicate these sorts of investments. Now, I will acknowledge that, in this case, Europe is ahead of the United States. We have imposed some sanctions against Crimea for Russia’s illegal attempted annexation, but Europe may have gone further and I think that over time it will become increasingly difficult for anyone to invest in Crimea. It will become simply more complicated and risky. Crimea is not going to be any kind of a show place. It will be, unfortunately, very badly hurt by what Russia has done.

You have mentioned the Soviet period. Can we compare the situation now and during the Cold War? Although President Barack Obama said it was not a new Cold War, many experts do call it so.

Russia seems to be in a hole and, unfortunately, still digging. And that is too bad. Many people, including myself, hoped that there would be a new relationship between Russia and the world. We still do. There are many areas where Russia has overlapping or even shared interest with the United States. But the anti-American rhetoric coming out of Moscow, the authoritarian actions, the repression of the independent institutions and of political opposition are all problems.

Russia is a great nation with great culture, great intellectual capital, fantastic potential to be a major force for good in the 21st century, for those of us who understand these things it is just a tragedy to see Russia taking this course. I don’t know what label to give it but it is unfortunate and I believe that someday Russians will understand how unfortunate it is and that we will get back to more constructive relations. But that day is not now.