Dovilė Šukytė, Policy Analyst, Eastern Europe Studies Centre
aA
The defeat of Hillary Clinton in the U.S. presidential election has resulted in well-founded concerns for the U.S. and Europe. Lithuania is no exception. Currently, our concerns about the safe future are being addressed and soothed by highest U.S. officials, including Vilnius-residing Ambassador Anne Hall who shortly after the announcement of the election results reassured us about the U.S. commitment to its alliance with Lithuania. 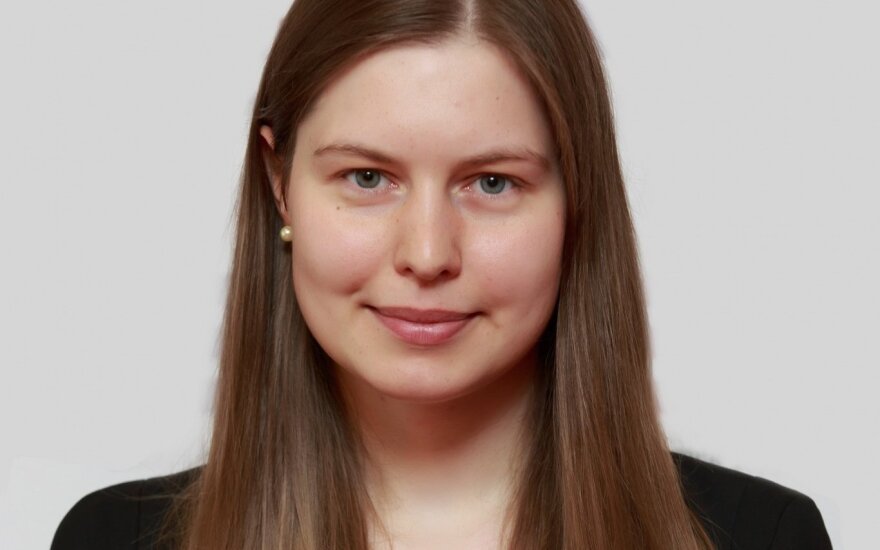 Our fears - and the ways in which we can address them - will dominate discussions during the next four years. However, one crucial problem, which had an impact on the election results - the unpreparedness of the U.S. for a female leader - is at risk of being forgotten soon. Therefore, it is important to analyse and learn from the U.S. presidential campaign and to study problems of American society.

Clinton is only the first woman in American history to be nominated for president by one of the two major political parties. Despite the U.S. being a cornerstone and emblem of democratic freedoms, many in Lithuania would proudly note that with a female President our society is far ahead of the American one. However, such pride can be easily tempered with the words of former U.S. Secretary of State Madeleine Albright, who likes to joke that for her grandchildren there is nothing impressive about her service, given that every subsequent holder of her office, with of course the current exception of John Kerry, has been female. In a meantime, Lithuania - despite so many distinguished females in its diplomatic corps - has never had a woman leading the Ministry for Foreign Affairs. Following the formation of a new Government, no changes are expected either.
A similar pattern of division of high-level positions between female and male professionals can be observed in Parliament and in other public institutions. When looking into numbers of public employees, it does not take long to notice that while public service attracts more females, males still dominate the highest ranking positions.

Related articles
MEP Auštrevičius on Trump, the Eurpean Army and 2% on defence
Which US president would be more beneficial for Lithuania?

This unbalanced allocation of responsibilities is not the fault only of Lithuanian men or Lithuanian women, however, it is more a fault of us all. And we justify our actions differently. Those with equally-balanced surroundings might argue the basic existence of gender inequality. Others, who care little about the problems of the society, could not care less. Some, mostly women, prioritize family over career.

During presidential campaign Clinton constantly emphasized her gender. Her actions were nothing close to attempts to imitate or blend in into a male-dominated political arena. On the contrary, her speeches that focused on female empowerment and the possibility of a first woman president inspired the Pantsuit Nation women’s movement, with more than 3.1 million members. Even in her concession speech Clinton urged all women, especially young ones, not to take her defeat personally or as a sign that the glass ceiling that prevents women from rising to the upper rungs cannot be shattered. She called on them to continue their work and assured that sooner than they think there will be a woman in the Oval Office.

In Lithuania women have already held the positions of President, Speaker of Parliament, and Prime Minister, to name a few. But only rarely do these politicians use their example to motivate the youngest generation, particularly girls. So far, only the private sector - in cooperation with educational institutions - has launched initiatives aiming to cultivate future female leaders in their fields. While this is welcome, the state sector remains influential in forming the public opinion. Therefore, speeches as the one on women and girls empowerment delivered by President Dalia Grybauskaitė to the UN General Assembly earlier this year have to be also directed to Lithuanian society. Can it be that accomplished women become blind to the inequalities around them? Or maybe they think that just because they made it, others will also succeed?

Of course, others will indeed succeed. But is it normal that young female professionals work harder and longer to achieve the same as their male colleagues? Instead of encouragement, young people, continuously face belittling, which is widespread among our society and the educational system. As a result, Lithuanian youth excel with a goal to prove their critics of being wrong, while instead they could be encouraged and motivated with lessons such as the slogan “the sky’s the limit” regularly heard in American schools.

Responsibility to address issues of gender equality does not lie exclusively with female politicians. Every word needs to be followed by action of which the best judge is the society. I remember well during the previous election campaign when a leader of a major Lithuanian party declared his stand for gender equality on his Facebook page - but was immediately challenged by citizens inquiring then why his party’s list has no women among the first ten delegates. In the U.S. 54 percent of women and 41 percent of men voted for Clinton, while 53 percent of men and 42 percent of women chose Donald Trump. Even if Lithuanian political parties are not ready for female leadership, they are in need of female votes. At the same time, female voters deserve candidates who respect and are ready to represent their interests.

The recent parliamentary elections, as well as the presidential election in the U.S., revealed both countries’ voters’ desire for change. Unfortunately, as a result, a large number of legislators without political experience were elected. It is true that the state can be run by scientists, doctors, or successful entrepreneurs without a higher education. However, politics is a professional occupation.
In Lithuania we have relatively high quality educational institutions that prepare future politicians, diplomats, policy analysts, and commentators. However, after their studies in these fields, young people are let out into the unknown and only the most motivated prevail, while the majority of their classmates instead discover themselves in the fields of public relations, media, or business.

In 1964, U.S. President Lyndon B. Johnson founded the White House Fellowship program, under which exceptional young men and women compete for the opportunity to receive a yearlong first-hand experience working with top-ranking government officials. What better way to honour the memory of our own past statesmen, as well as to inspire young people to serve their own country, than to offer a similar opportunity for traineeships at the Presidential Palace or the Parliament? While monuments and statues are important, there is no doubt that people who devoted their lives to Lithuania would choose investing in promising young people instead.

Any changes within society require time, but the recent election results and civic initiatives show that our society is one or even more steps ahead of the ruling elite. Let’s remember the removal of Soviet statues from the Green Bridge in Vilnius. Was it really necessary to carry out the removal under nightfall, if instead of anticipated protests, we had only a young couple having an entertaining photo-shoot on the empty pedestals? Nobody protested neither the removal nor the photo-shoot, but the latter for sure slightly mocked the city government for its overstated security measures.

The incoming Government aims to fight emigration and the resulting brain drain. We often hear that the statistical emigrant is a young educated male citizen, while we tend to forget that females are equally mobile. We can joke that young females emigrate after failure to find a life partner, because according to statistics their prince charming is long gone overseas. Humour aside, we need to ask ourselves, how many young women emigrate because despite their hard work and professionalism they will never be able to break through the glass ceiling?

It is time for the new Government together with the entire national political elite to pay attention to both women and men. It has to be started when appointing the new Cabinet. And continued by using more gender-inclusive language - that is, by using the feminine as well as masculine forms of words - when discussing the interests of citizens. All of this should be done not only for the sake of female population, but for all of Lithuania and its further development and prosperity. An old Chinese proverb says that “women hold up half the sky.” And we do want our Lithuanian home to stand on a solid foundation – not only half of it but all of it.

With the US presidential elections underway, Lithuanian analysts say that in terms of relations with...

Vilpišauskas. A look at the leading parties‘ EU policies

Lithuania's President Dalia Grybauskaitė on Friday received letters of credence from the United...