BNS
aA
US President Donald Trump will show the Baltic nations as a model for other European countries in defense spending as he will host the leaders of Lithuania, Latvia and Estonia in the White House next Tuesday, diplomats said. 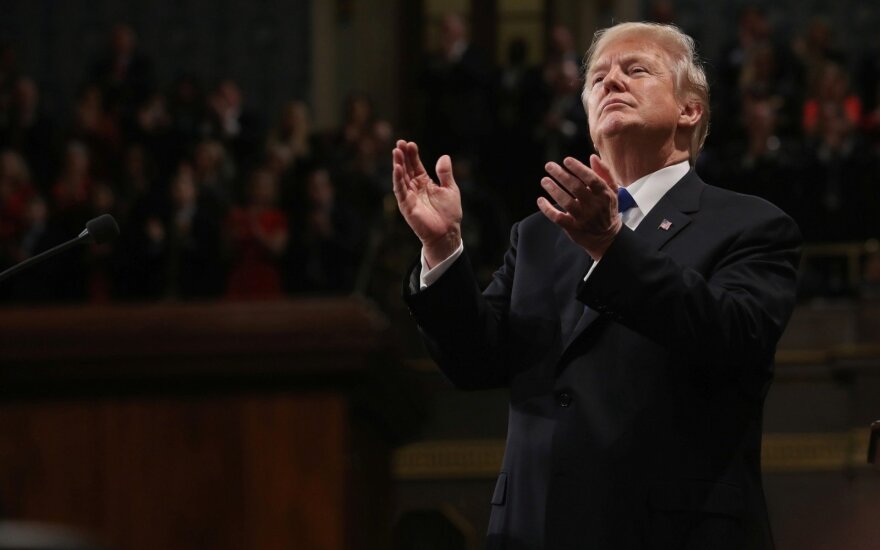 "The president wants to show that these countries are setting standards where we want to see allies moving in terms of defense," Anne Hall, the US ambassador to Lithuania, told reporters in Vilnius.

Unlike many other European countries, all three Baltic are this year set to meet NATO's 2 percent of GDP defense spending target.

The US has given a high diplomatic status to the Apr. 3 visit, which is called in the diplomatic language a US-Baltic summit, rather than a working visit.

Diplomats say that the status is due to the Lithuania, Latvia and Estonia marking the centennial of their 1918 independence declarations.

The Baltic countries were worried by Trump' presidential election campaign promise to improve relations with Russia and his statements that NATO was "obsolete". Lithuanian officials are watching with concern the US president's rows with America's allies in Europe and his often unpredictable behavior.

An opinion poll showed earlier this year that two-thirds of Lithuanians did not trust Trump to make the right decisions on key political issues.

However, diplomats and Trump's supporters underline that he softened his rhetoric about NATO after becoming US president and that officials in his administration have been paying great attention to the Baltic countries.

Economic relations will also be on the agenda of the US-Baltic summit and a business meeting will be held with the US secretary of commerce expected to take part.

After Russia annexed Ukraine's region of Crimea in 2014, the US immediately sent several hundreds of troops to each Baltic country. The American companies were withdrawn following the deployment of NATO's multinational battalions in Lithuania, Latvia and Estonia and US troops now come for training from neighboring Poland.

The Baltic presidents are likely to voice their expectations for the strengthening of the region's air defense during the meeting with Trump.

The Baltic foreign ministers voiced their concern over possible trade wars during their joint meeting...

Two-thirds of Lithuanians have no confidence in US President Donald Trump , an opinion poll showed on...