BNS
aA
International exercise BALTOPS involving about 49 ships, 61 aircrafts and more than 5,000 troops from 17 NATO countries and the Alliance's partner-states is starting in the Baltic Sea on Friday. 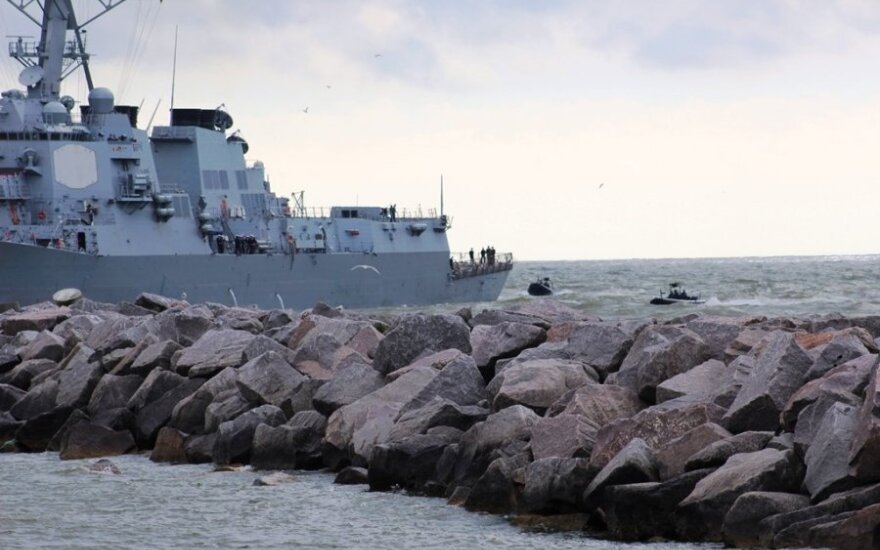 In the US-organized manoeuvres, Lithuania will be represented by Naval patrol ship Žemaitis and minesweepers Skalvis and Kuršis, the Ministry of National Defence said.

The exercise, which is scheduled for June 5-24, will improve warship manoeuvring, convoy, artillery firing, anti-aircraft and anti-terrorist defence, mine search and neutralization procedures.

The manoeuvres will take place in the Polish, Danish and German territorial waters of the Baltic Sea and exclusive economic zones.

"The main objectives of the exercise in the Baltic Sea is to train NATO and Nordic forces in complex operations, enhance and improve cooperation of the participating countries," said the ministry.

The exercise is organized by the US Navy.

Lithuanian naval vessels have been attending BALTOPS annually since 1993.