(1)
BNS
aA
The United States had notified Lithuania in advance of the publication of the Senate report about prisoner torturing performed by the US Central Intelligence Agency (CIA) in secret detention centres, including one possibly in Lithuania. 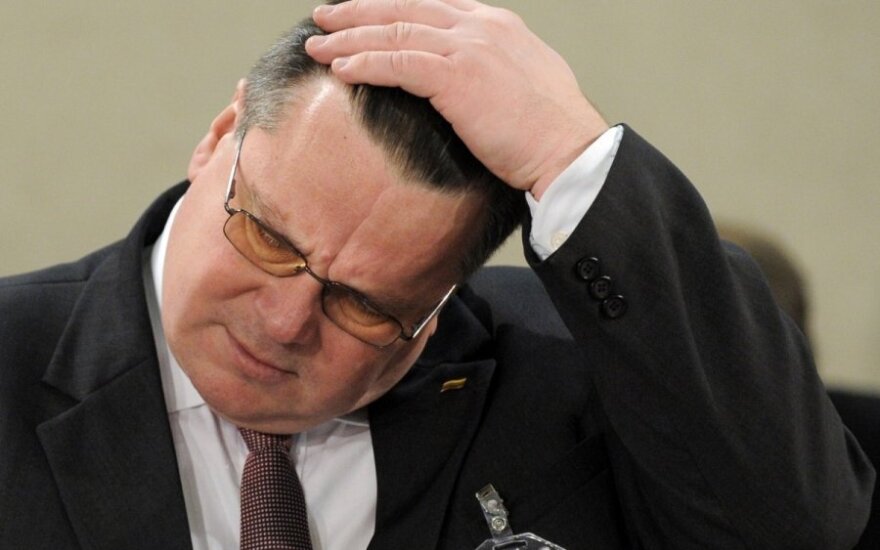 "We were notified that the report would appear," Foreign Minister Linas Linkevičius told BNS on Wednesday morning.

In his words, Lithuania did not know the content of the report in advance, and now prosecutors should decide on further actions and possibly turn to the US for additional information.

"Such things are unacceptable and no violations of human rights will be tolerated. I welcome the statement made by US President Barack Obama's administration five years ago that this would not happen. However, if any facts emerge, they must be investigated, and I'm sure this is exactly what will be done," said the Lithuanian diplomacy chief.

In February, the Lithuanian Prosecutor General's Office said it had started an investigation into alleged detention of a Saudi Arabian citizen in a secret US prison in Lithuania in 2004-2006. The investigation was requested by court.

During a parliamentary investigation in late 2009, two locations were identified in Vilnius and near the Lithuanian capital where premises could have been equipped for unlawful detention. The probe also showed that CIA-related planes entered Lithuanian airspace in 2003-2006 several times. The investigations did not, however, find any evidence of whether any suspected terrorists were brought into Lithuania.

Following the parliamentary probe, prosecutors opened a separate investigation, but closed it saying that they had failed to receive any proof of existence of detention facilities for CIA detainees in and near Vilnius.

The US Senate's Intelligence Committee said in its report that, during the term of president George W. Bush, the CIA used cruel methods to interrogate suspected members of the international al Qaeda terrorist network following the 9/11 terrorist attacks.

The new Senate report does not specify the countries that hosted secret CIA detention centres. The media and human rights organizations have said they could have operated in Afghanistan, Thailand, Romania, Poland and Lithuania.

The Lithuanian Prosecutor General's Office said he would give a comment later on Wednesday.

The United States consulted with partners before the Senate published a report about the Central Intelligence Agency's (CIA) secret program for interrogation of suspected terrorists, the US Embassy in Vilnius said.

"We consulted with our partners before releasing the report," Rima J. Vydmantas, public affairs officer at the embassy, told BNS when asked whether Lithuania was notified of the report in advance.

She did not elaborate on whether the US is willing to provide Lithuania with the information for the investigation on CIA prison allegations on Lithuanian soil.

Parliament speaker: We should request evidence from the US

Lithuania should request evidence from the United States in connection to alleged presence of the US Central Intelligence Agency's (CIA) detention centres on Lithuanian soil before reopening the investigation, Parliamentary Speaker Loreta Graužinienė says.

"When the issue comes back and Lithuania is mentioned again, we will definitely have to look into the situation again. But a commission was set up, it performed the investigation and all top-ranking officials of the time denied [that Lithuania could have hosted CIA prisons]. Nevertheless, we will have to investigate again, and if this is true, evidence will have to be presented, our prosecutors have already turned (to the US) for evidence, but there was none. If more extensive information is available this time, we will definitely go back and investigate again," Graužinienė told the Žinių Radijas news radio on Wednesday morning in comment of the US Senate report.

"The additional information is necessary," the parliamentary speaker added.

Polish prosecutors investigating the case of secret CIA prisons in Poland said on Tuesday evening they would request an opportunity to see the US Senate report, which examines the details of brutal interrogation of detained members of the international Jihad network al Qaeda. Lithuania has also been subjected to suspicions about the secret prisons.

Lithuania's former state leaders and security chiefs deny that CIA prisons might have been set up in Lithuania.