US new ambassador arrives in Lithuania

BNS EN
aA
The United States' new Ambassador to Lithuania Anne Hall has arrived in Vilnius, the US Embassy said on Thursday. 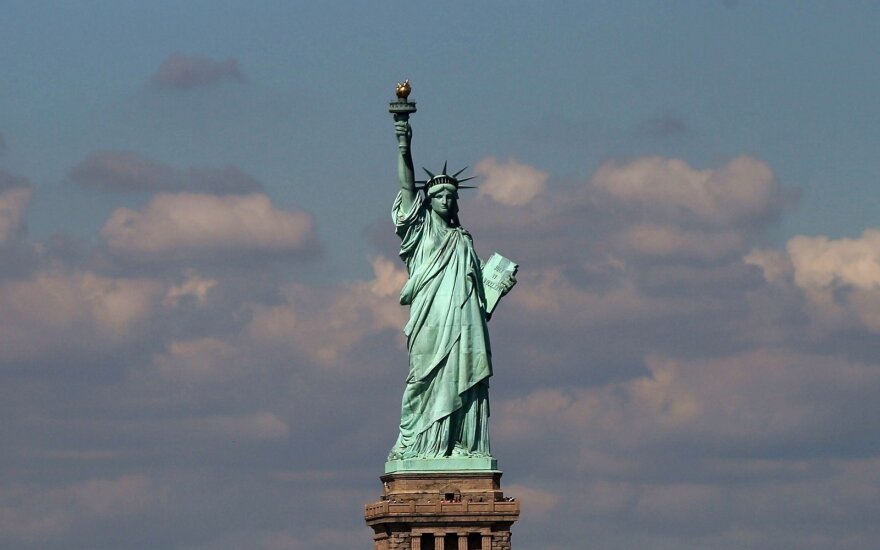 Statue of Freedom in the USA
© AFP/Scanpix

"The United States has long enjoyed a close relationship with Lithuania. It is a relationship built on the bedrock of America's steadfast refusal to recognize the incorporation of Lithuania into the Soviet Union and the partnership of the United States with an independent Lithuania in addressing today's global challenges to democracy and security. I look forward to building on this partnership," the ambassador said in the press release.

Hall has already worked in Lithuania, serving as deputy chief of mission from 2010 to 2013 and as charge d'affaires for an extended period.

She is expected to present her credentials to the president of Lithuania within her first two weeks in Vilnius.

Hall was confirmed by the United States Senate in mid-July 2016 and was sworn into office on Sept. 16, 2016. Most recently, she served as the acting principal deputy assistant secretary of state for Oceans and International Environmental and Scientific Affairs.

According to the press release, she served as director of the Office of Central European Affairs in the Bureau of European and Eurasian Affairs in 2013-2014.

She is the recipient of several Superior and Meritorious Honor Awards. In July 2009 she became the first American Consul General to be awarded the Knight's Cross of the Order of Merit of the Republic of Poland. She speaks Lithuanian, Polish, Mandarin Chinese, Spanish and Portuguese.

Lithuania proposes treaty on status of US troops for parlt ratification

Lithuania's President Dalia Grybauskaitė has submitted the treaty with the United States on the...