US military considers bringing tanks and other equipment to Baltic states

(1)
BNS
US Army Europe will soon dispatch a survey team to the Baltic states, Poland, Romania and Bulgaria to scout locations for tanks and other military hardware as part of the efforts to boost US military presence in the region, a high-ranking US general has said. 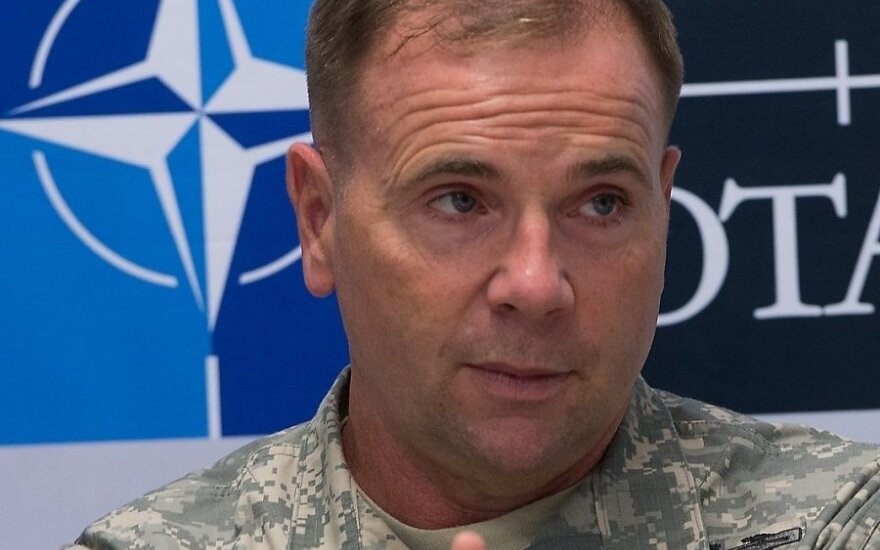 "We are doing surveys here in the next few weeks up in Estonia, Latvia, Lithuania, Poland, Romania and Bulgaria to see if there is a place where perhaps some of that equipment could be stored there," USAREUR chief Lieutenant General Ben Hodges told a Pentagon newspaper, Stars and Stripes.

"Maybe it's a company, maybe it's a whole battalion, we don't know yet until we do the survey," he said.

A company of US troops have been permanently stationed in each of the three Baltic states and Poland since last year. They were sent in response to the Russian intervention in Ukraine.

Related articles
US General: US forces will stay in Baltic states to deter Russia

Lithuania intensively working with US

Lithuania is intensively working with the United States to agree on the possibility to deploy American military hardware including tanks in the country, Defence Minister Juozas Olekas says.

"We have been working with the Americans for some time now to be ready to accommodate the troops and the military equipment," the minister told BNS on Monday.

He noted that the US rotational troops deployed in Lithuania since last year bring their equipment every time, adding that the aim is now to leave some of the hardware in the Baltic state.

"The troops have been stationed for nearly a year, and every unit comes with its own equipment. We are now working intensively to make sure that the soldiers rotate, while at least part of the equipment stays here in Lithuania for longer. We have no final answers about quantities and locations so far. We are already working to prepare some of the locations," said Olekas.

Asked to specify the hardware that could be stationed in Lithuania, the minister said: "The spectre is extremely broad – from combat machines to tanks."

"I do not want to speculate or guess now in connection to the specific equipment and locations. We are talking to Allies on the most rational placements and about what should be in one country and what in another country," he told BNS.

US General: US forces will stay in Baltic states to deter Russia

Troops of the United States will remain in the Baltic states and Poland for at least another...