US, Kiev send towering congratulations to Lithuania for Independence Day

LT Daily, media brief
aA
A skyscraper in the centre of Ukraine‘s capital Kiev was lit in the Lithuanian tricolor with Lithuanian coat of arms and a greeting written in Ukrainian as Ukraine marked Lithuania’s Independence Day to be celebrated on February 16th. 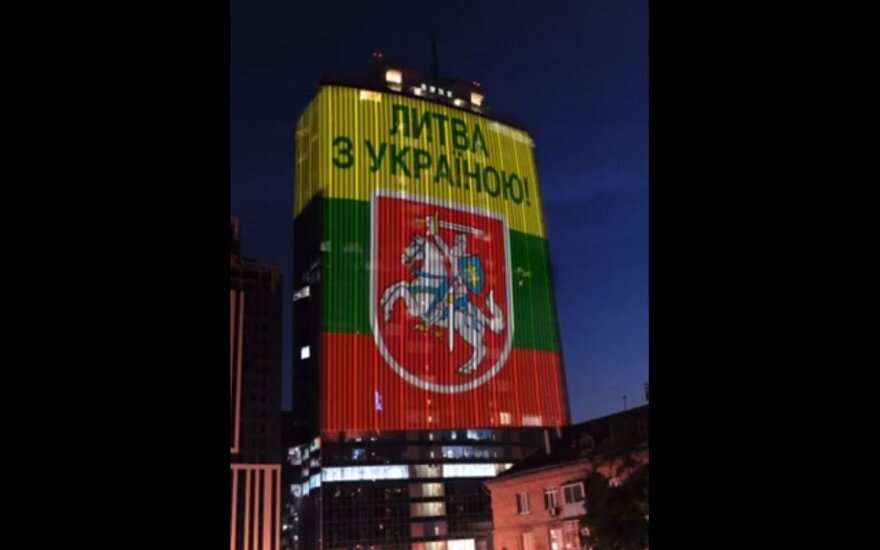 US Secretary of State John Kerry also congratulated Lithuania on its Independence Day and said the country had always been active in fighting for democratic values.

“Americans remember well the courage of the Lithuanian people showed breaking out of the Soviet Union's shadow and consolidating its independence a quarter century ago. We are proud that during the dark years of the Cold War US solidarity with Lithuania has never wavered,” Kerry said.

"Lithuania has always been and remains active in the fight for democratic values. As the United Nations Security Council member in 2014-2015, Lithuania has worked closely with the US, these countries in the peace process by supporting the democratic Ukraine's sovereignty, advocate for human rights, the protection of civilians in conflict zones, " said US Secretary of State John Kerry in congratulating Lithuania.

The 17-story Gulliver's business centre in Kiev was lit up in yellow, green and red to mark Lithuania’s independence celebrations.

On Tuesday, February 16, Lithuania will celebrate the Independence Day. On that day in 1918, the Lithuanian Council declared the restoration of an independent, democratic Republic of Lithuania.

Sneak peek at light up of Gulliver Business Center in Kyiv, the capital of Ukraine, to mark Lithuania's Independence day on February 16th
Posted by LTUworld on Saturday, February 13, 2016