BNS
aA
The first part of US heavy military equipment to be used in combined training with Lithuanian troops on Sunday was delivered to the Gaižiūnai railway station in the district of Jonava, in the central part of the country. 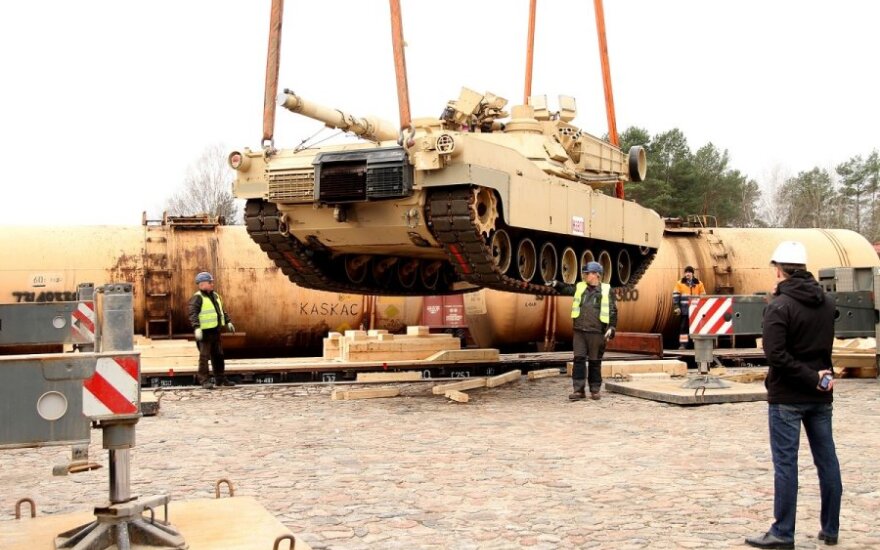 "The equipment has already arrived. It currently being unloaded and prepared for transportation to the permanent deployment site," First Lieutenant Andrius Dilda, public affairs officer at the Land Forces of the Lithuanian Armed Forces, told BNS.

A new shift of rotating US forces, around 150 troops, are bringing with them about 20 vehicles, including five M1A2 Abrams battle tanks, which will be deployed in Rukla.

"The military materiel brought by the new US rotation will allow Lithuanian soldiers to train, learn and be ready to cooperate with all sorts of allied units, from tank to infantry," the National Defense Ministry has said in a press release.

National Defence Minister Juozas Olekas said that the presence of allied forces in Lithuania is "also a clear message to those who may attempt on the stability and peace in the region and to whom the values we have been cherishing for nearly a quarter of the decade are foreign."

US military have been deployed on a rotating basis in the Baltic States and Poland since the spring of 2014.