US general says NATO must take initiative in Baltic

www.DELFI.lt
aA
During a press conference in Vilnius, Ben Hodges, the commanding general of the US Army in Europe, said that the US and other NATO countries were tired of responding to unexpected moves from Russia and that they would have to take the initiative. 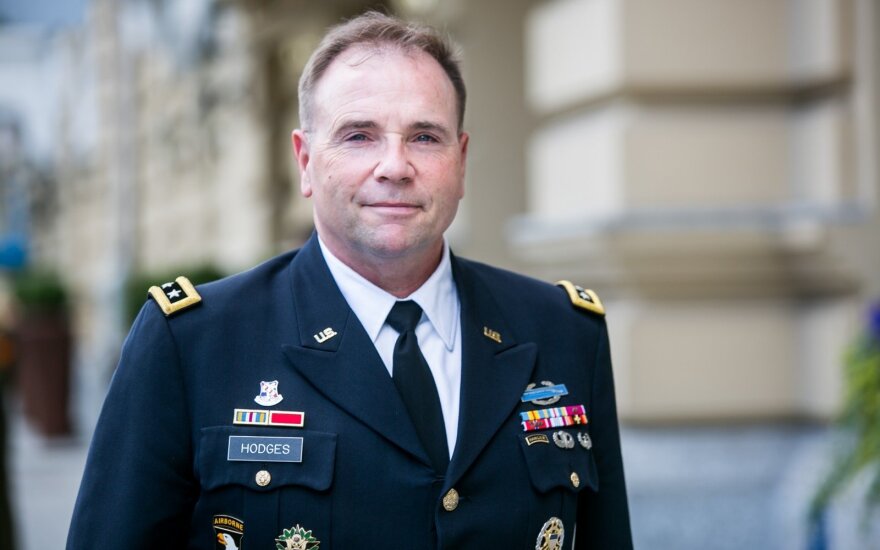 At the meeting, Hodges underscored the importance of deterrence and of European and NATO unity. “There doesn't have to be a conflict. It does not have to happen, and we want to keep it that way,” he said.

He reminded attendees about the ongoing military conflicts and standoffs in Abkhazia, South Ossetia, Crimea and Donbass. “This is a serious challenge. This is not an academic exercise,” he explained. “Deterrence requires real capability. A real warfighting organization that could cause any potential adversary to think 'we might fail' or 'we don't want to do it because the cost will be too high.'”

Hodges indicated that resisting Russia's disinformation campaign was something that NATO and Europe were not fighting back against hard enough. He urged policy makers to resist “sitting back and letting them dominate the airwaves.”

The US general spoke about his experiences in the Cold War when he was a lieutenant. During that conflict, soldiers in Europe knew what they were looking for as far as threats were concerned. “We're in hybrid warfare right now... It's designed to make it difficult for somebody to recognize what's happening.”

The conflicts in the Middle East have switched many countries' focuses away from Eastern Europe. “I used to have rooms like this full of Russian speakers. I've got rooms of Dari, Arabic and Pashtu speakers,” he said, but admitted that his Russian-speaking capabilities were limited. However, he said, “I know [Lithuanian] Minister Olekas has intelligence capabilities that I can't come close to. Same for Latvia, Poland, Estonia and so on.”

Central and Eastern Europe needs real, not symbolic capacities to deter Russia , according to US...