US general in Lithuania: You'll see increasing exercises in Baltics

BNS
aA
Visiting Chief of Staff of the United States Army General Raymond T. Odierno says military exercises in the Baltic states will be of "greater sizes" in the future. 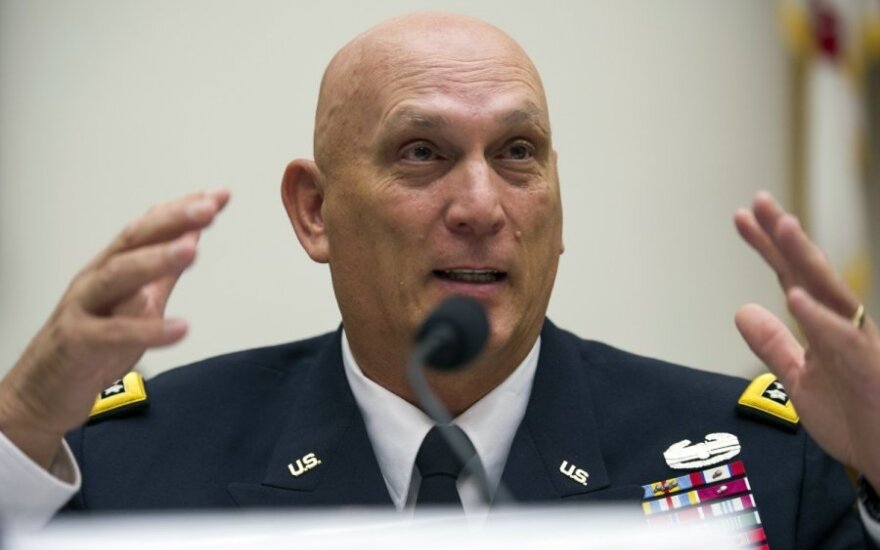 According to the American general, with joint exercises, the US demonstrates NATO collective defense commitments at a time when Russia's growing military activity is raising concern.

"You'll see increasing exercises of greater sizes as we move forward. What I am interested in there is making them multilateral so it's not only, for example, the United States, Lithuania, Latvia, Estonia, it's the US, Germany, other NATO partners, UK, Canada, the Danes, etc. That will start to participate. And we have those plans for the future," Odierno told journalists at Gaižiūnai Training Area on Tuesday.

"It's concerning that in some ways they are not following the rules that we've set in place with some of their air activity. There is concern about their activity in Ukraine. As part of NATO, it's our responsibility to protect our NATO allies which is why we are here in Lithuania," the US general told journalists after observing joint US-Lithuanian exercises at Gaiziunai Training Area.

Major General Almantas Leika, commander of the Lithuanian Land Force, said such a visit and joint exercises "show the United States' determination to be present here when it's not completely safe in the region, and send clear messages to everyone."

Earlier in the day, Lithuanian President Dalia Grybauskaitė presented a Cross of Commander of the Order for Merits to Lithuania to General Odierno.

The state decoration was awarded to General Odierno by a presidential decree on the occasion of the State Day of Lithuania for the promotion and development of bilateral relations and for exceptional merits in the military field, the Presidential Office said in a statement.