BNS EN
aA
US Congressman John Shimkus of the Republican Party has made an address to US legislators, calling to pressure Belarus to give access to international observers to the Astravyets Nuclear Power Plant under construction merely 50 km from Lithuania's capital Vilnius. 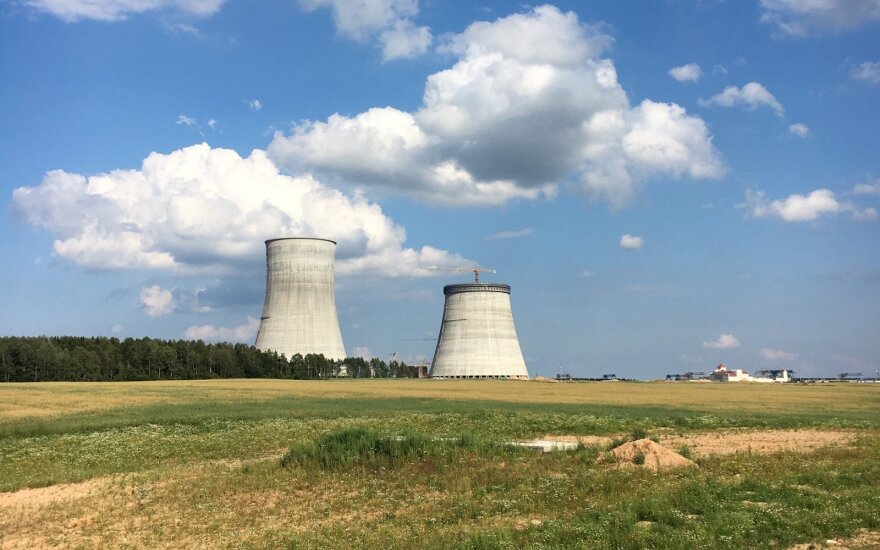 In his speech at the Congress on Tuesday, the member of the House of Representatives emphasized that Lithuanian concerns about the facility's safety were well-grounded.

"I can assure you that the people of the United States have no better friend than the people of Lithuania. Lithuanians have the right and the responsibility to ensure their and their children's environmental security. They should not be expected to accept inadequate or misleading information about a serious, environmentally sensitive project right on their borders," Shimkus of Lithuanian origin said in his speech forwarded to BNS by Lithuanian diplomats.

The US Congressman expressed certitude that Belarus would accept international experts and allow ensuring the power plant's safety.

"I cannot fault the Lithuanian people for their concern about the Astravyets nuclear power plant. I share their concerns. I hope Belarus will calm their fears by allowing in international experts and representatives. Belarus should also comply with the International Atomic Energy Agency's recommendations for the design, construction, and running of safe nuclear power plants," he said.

Shimkus also noted that four incidents had occurred at Astravyets last year, including tumbling of a reactor shell.

In his words, the main objective of Astravyets is to boost the Russian influence in the European Union's (EU) energy sector. Shimkus added that the nuclear utility is based on geopolitical, not economic logic.

Lithuania's government maintains that construction of the Astravyets NPP by Belarus violates security standards, also fearing that the power plant might burden the synchronization of Baltic electricity networks with Western Europe.

Lithuanian officials maintain that the main concerns are in connection to absence of any assessment of radiological impact in case of incident on international waters, residents and environment of Lithuania.

The government has called upon EU institutions and other countries to block electricity from the power plant on the EU level, however, did not secure the necessary support. Countries in the region hold different positions on the matter – Poland recently said it would not buy Astravyets electricity, Estonia has also expressed support to Lithuania, meanwhile, Latvia has confined to calls to ensure security of the power plant.

The Astravyets NPP is being built by Russian state-run nuclear energy corporation Rosatom, with funding provided by the Russian government. The power plant is constructed some 20 km from the Lithuanian-Belarusian border and about 50 km from Lithuania's capital Vilnius.

Belarus says the power plant's construction is in full compliance with security standards.