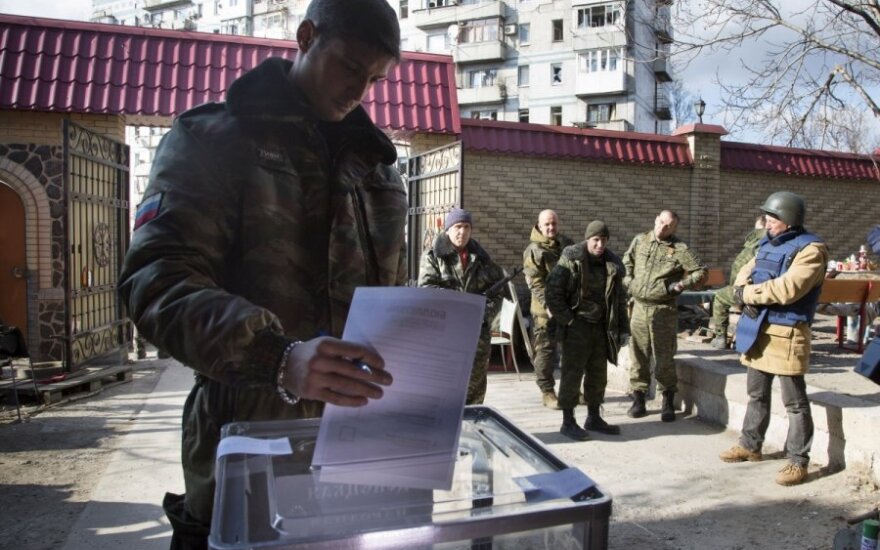 She said that “these elections contravened Ukraine’s constitution, the law on special status, and the most basic electoral norms”. She condemned both Russia and its separatist proxies as they have agreed to honour Ukraine’s special status electoral law when they signed the Minsk Protocol of 5 September. “They therefore violated the terms of that protocol with these so-called ‘elections’ on 2 November” and “the United States will not recognize the authority of any individuals claiming to represent parts of Donetsk and Luhansk on the basis of this illegal vote”.

The US is concerned by the statement of the Russian Foreign Ministry, published on Monday, that seeks to legitimize these ‘elections’. Ms. Meeham expressed US concern of reports that Russia is once more moving its troops and military equipment to portions of the international border.

The Russia-Ukraine border remains unmonitored and outside of the Ukrainian government’s control despite Russia’s commitment to facilitate the establishment of an effective international monitoring mission. The OSCE reported that its Special Monitoring Mission UAVs operating east of the control line have come under attack in recent days. Bernadette Meeham condemned Moscow’s continued failure to fulfil its obligations under the Minsk agreements and called into question its commitment to supporting a peaceful resolution to the conflict in parts of eastern Ukraine.

Ms Meeham reiterated that Russia has a choice, “if it supports the peace process and adheres to its Minsk commitments the costs for Russia’s destabilizing actions against Ukraine will lessen“, however, “should Moscow continue to ignore the commitments that it made in Minsk and continue its destabilizing and dangerous actions, the costs to Russia will rise. “

US Vice President Joe Biden will travel to Ukraine during the week of 17 November as part of trip that will also see him travel to Morocco and Turkey. Vice President Biden plans to meet with President Petro Poroshenko, government, and civil society leaders to discuss bilateral relations, Ukraine’s reform agenda. Vice President Biden spoke to Ukrainian President Poroshenko after the recent successful elections in Ukraine. They spoke at that time for the need of Russia to fully withdraw its troops and permit international monitoring of the border in accordance with the 5 September Minsk Agreement.

Ministry of Foreign Affairs of Lithuanian strongly condemns illegitimate “elections” in some...