LT Daily
aA
Deputy US Secretary of State Victoria Nuland has called on NATO allies to send more troops to the Baltic States to ensure that a battalion-strength force is present at all times. 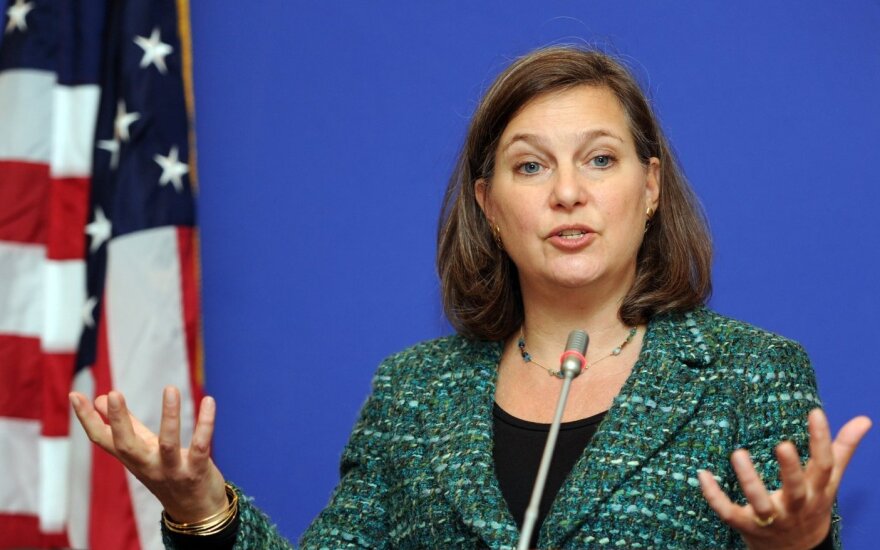 “We have a US company that’s ready to work. So the question is can we get one more ally who will join us with a company who will regularly rotate, and how can we put those companies together so the net effect is a battalion of force at any given time? I think certainly, the United States would support more allies coming and joining us with land forces out here in the east.

“But we’re going to have to work on our other allies to join us here in the same way that we are asking countries on NATO’s eastern edge to also think about what they can contribute to the stresses that we have to the south,” said Nuland. Nuland was speaking to BNS while attending the Snow Conference in the Trakai Region.

“This is about keeping the promises that we made to each other at Wales that we are going to ensure that we deter any threats, that we do it together, that we are ready to reinforce if need be, and that we strengthen the capability of all of the countries in this region, including Lithuania, to be strong players in their own defence as well,” she said.

Nuland made it clear that the US and NATO would come to Lithuania’s and Baltic States’ aid in the case of Russian aggression: “We don’t invite a new member into the Alliance, whether it was Germany in the 50s or Lithuania when you joined, without being ready to defend you. That’s what Article 5 is about. And as the mom of a fighting age son, I take it very seriously. I think all Americans take it very seriously. What’s important is that we understand that it’s not simply about Americans coming to defend Lithuania. It’s also about the contribution that Lithuania makes to all of our security, including what you’ve done in far-flung places like Afghanistan. That’s what the Alliance is about.”

Nuland said that NATO capabilities in the Baltic region had improved substantially in a short period.

“We’ve come a very, very long way. I think you see we have regular rotations of 150 Americans in each of these countries. We have a NATO headquarters element that we didn’t have before. Lithuania is the first country to receive US equipment that we’re pre-positioning here in case we need it. You air defences are getting better. Your cyber security capabilities are getting stronger and all of the countries in the region are working better together. So I think that citizens of Lithuania and all the countries here will feel the benefit,” she said.

Lithuanian and foreign security policy experts are discussing mounting security threats and the...

The traditional Snow Meeting , an informal gathering of Lithuanian and foreign experts of security...