US and Lithuanian military to conduct artillery firing exercise

aA
On 24-25 September, Lithuanian and American soldiers will for the first time together train shooting at airborne targets over the Baltic Sea at a combined artillery live-fire exercise. 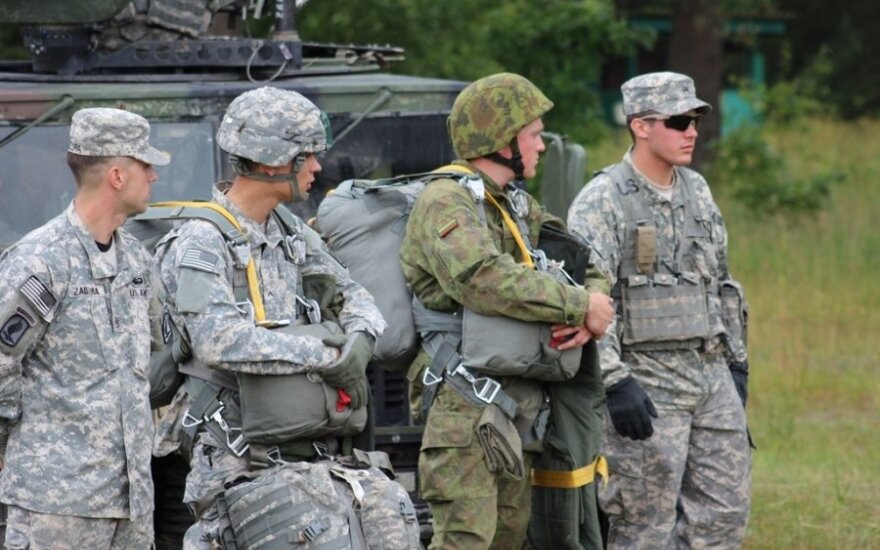 The participants of the exercise will hone their shooting and fire control skills with artillery guns, the M50 and the M119 105-mm howitzer weapon systems, in the context of defensive operations.

The exercise participants will train fire control from forward fire observer positions along the coastline and aboard the patrol ship LNS Dzūkas of the Lithuanian Navy.

The organisers of the exercise assert that artillery shells will travel at the height of approximately 2 kilometres without emitting any sound or materials, thus harm will not be caused neither to people, nor environment.

The artillery shells will overfly the Curonian Lagoon, the Curonian Spit, and drop into the Baltic Sea roughly 4 kilometres offshore.

Patrol vessel LNS Dzūkas and mine countermeasures ship LNS Sūduvis of the Lithuanian Navy will ensure maritime safety throughout the exercise.

The same type of artillery equipment, the M50 and the M119 105-mm howitzers, were used by Lithuanian and US soldiers at the international live-fire exercise Fire Thunder 2014 of artillery and mortar units on 8-19 September at Pabradė Training Range.

Lithuanian military to attend the exercise along with the US allies will come from King Mindaugas Hussar, the Grand Duchess Birutė and the General Romualdas Giedraitis Artillery Battalions.

A new shift of US troops with heavy combat machinery – Stryker armoured transporters and Bradley...

Germany to send 800 soldiers to Baltics next year (2)

In order to consolidate security in Eastern Europe , Germany will send about 800 soldiers to...