US administration grateful to Baltic states for quality partnership - Linkevičius

BNS EN
aA
US Secretary of State Rex Tillerson said at a meeting with Baltic foreign ministers that he was grateful to the countries for high-quality partnership, Lithuania's diplomacy chief Linas Linkevičius says. 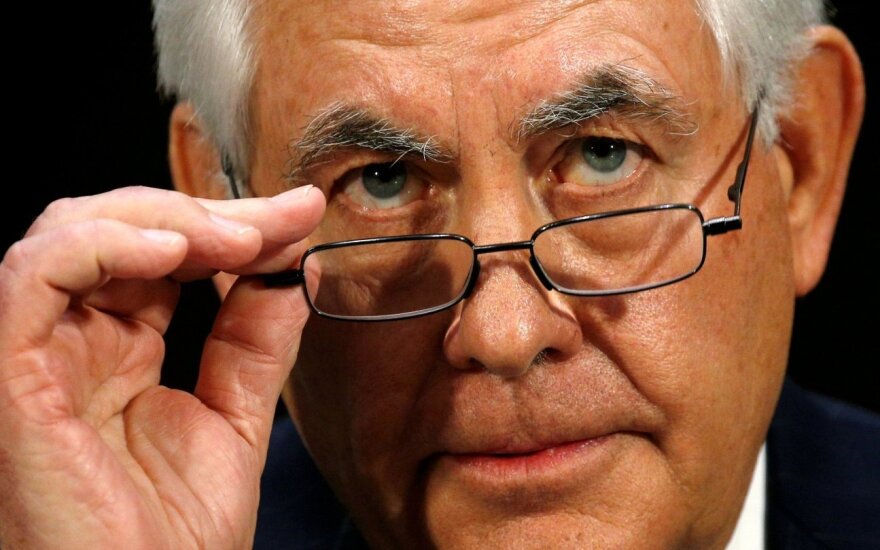 "(Tillerson) thanked us for our contribution to NATO, for the high-quality partnership, if we were to cite the secretary," Linkevičius told BNS in a telephone interview from Washington D.C. on Tuesday evening.

In the past months, Europe has been locked in fears over the US new President Donald Trump's stance on NATO and Russia. The new US administration has particularly called upon the Alliance's members to raise their defense spending, as merely five of NATO's 28 members are currently earmarking the agreed 2 percent of their gross domestic product (GDP) to defense.

Estonia is the only Baltic nation to spend 2 percent of the GDP for defence purposes, with Lithuania and Latvia pledging to reach the level next year.

"It was me who started the conversation about the security topics and defense spending. We mentioned that we understood the need to spend more money on defense and said that all Europeans should do this, and that the Baltic states held a very clear position on the matter," said Linkevičius.

He stated the new US administration wanted to make NATO stronger, which requires the United States' further leadership over the Alliance.

"We think that US leadership in NATO is very important, especially with the units deployed in the Baltic states. Tillerson restated the US continued commitment and his understanding the importance of the presence of the US troops in our countries," the Lithuanian minister said.

US troops have been rotated in each of the Baltic states since 2014. The three nations have lately asked for US troops to be stationed on permanent, not rotational basis.

Baltic ministers to discuss security issues with Tillerson in Washington

The Baltic foreign ministers will meet with US Secretary of State Rex Tillerson in Washington on...

The Lithuanian, Latvian and Estonian foreign ministers are to meet with US Secretary of State Rex...

Washington sees Lithuania's efforts of boosting its own and regional security, US Secretary of State...

Speaking at a meeting of NATO foreign ministers in Brussels on Friday, Lithuania's Foreign Minister...