Up to 100 Lithuanian soldiers to serve in Afghanistan next year

BNS
aA
Up to 100 Lithuanian soldiers will serve in the NATO mission in Afghanistan next year, training Afghan forces, Defence Minister Juozas Olekas said on Tuesday. 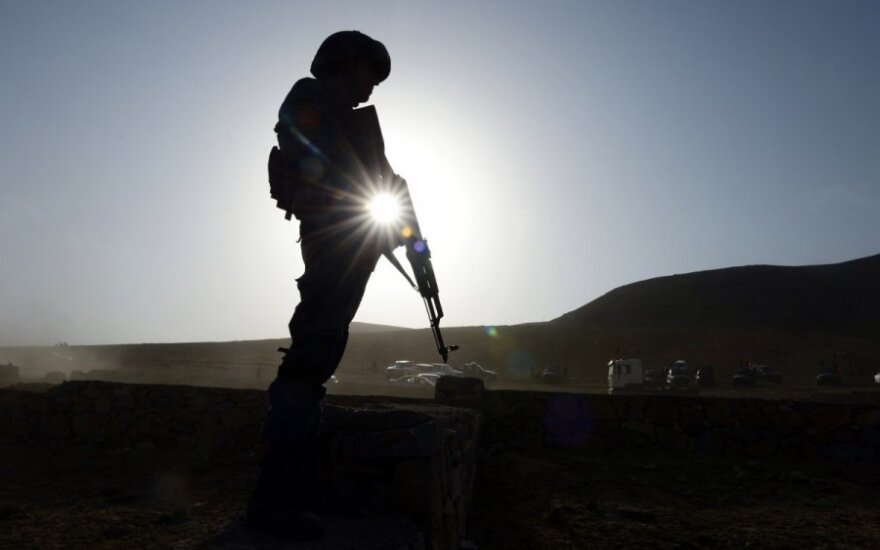 He spoke a few hours after Afghan and US officials signed an agreement on deployment of about 12,500 troops by the US and NATO Allies in Afghanistan next year.

"We will keep up to 100 Lithuanian troops in Afghanistan next year. They will primarily include soldiers of the special operations squadron who will continue the training of Afghanistan's special police forces," Olekas told BNS.

In his words, Lithuanian officers will also serve in headquarters in Kabul and Herat, while the military police will keep on protecting the commander of the Lithuanian special mission in Afghanistan. Logistics of all troops will be provided by the national support element.

NATO is this year wrapping up the combat mission of the International Security Assistance Force (ISAF). Next year, the Alliance will start the Resolute Support operation, aimed at training and supporting Afghanistan's army and police in the efforts against Taliban guerrilla.

Lithuania earlier discussed that soldiers of the new mission could help Afghan fores in the northern city of Mazar-i-Sharif, however, the final decision was to keep the special operators in the Kandahar in southern Afghanistan.

"We chose the option of not moving, we have our base here and are familiar with the location and the environment," the minister said.

The long-postponed Afghanistan-US agreement was signed a day after the inauguration of Afghanistan's new President Ashraf Ghani. His predecessor Hamid Karzai had been procrastinating the pact, which ensures legal support to foreign troops. The US had warned failure to sign the document would lead to withdrawal of all soldiers.

The international operation in Afghanistan was started after the US invaded Afghanistan in 2001 and overthrew the Taliban regime, which was closely knit with the Al Qaeda terrorist network responsible for the 9/11 terrorist attacks on New York and Washington D.C.

The mission reached its peak in 2012 when it involved 130,000 soldiers at a time. About 41,000 Allied troops are currently present in the country.

A Lithuanian-led group who trained helicopter pilots and helicopter technical maintenance personnel of...

A meeting of chiefs of defense of NATO member-states is starting in Vilnius on Friday to address...

Seven NATO states are to create a new joint expeditionary force of at least 10,000 personnel to...

During his trip to Afghanistan, Lithuania's Minister of National Defence Juozas Olekas on Thursday...