BNS
aA
An "unprecedented" amount of substance believed to be paraffin wax has been washed up on beaches in the Lithuanian part of the Curonian Spit, an official said on Wednesday. 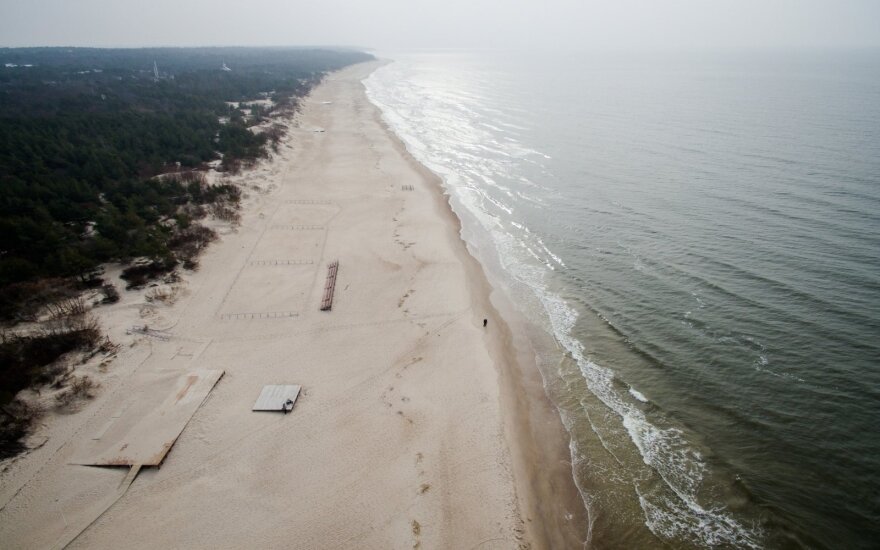 "This is totally unprecedented. There has been a piece or two in the past, especially in the summer. They would start to melt, leaving stains in the sand. But these were few, definitely not in such quantities as now," Ausra Feser, the director of the Curonian Spit National Park, told BNS.

The park's staff and volunteers collected about ten cubic meters of waste on a ten-kilometer stretch on Wednesday, and Feser said a similar amount was expected to be gathered on Wednesday.

Sandra Vaisvilaite, a spokeswoman for the Curonian Spit municipality of Neringa, told BNS that a municipal utility had collected some 6 cubic meters of waste.

The municipality and the park authority will continue to collect the waste on Thursday and are asking volunteers for help, she said.

Pieces of a substance similar to paraffin wax were washed ashore last week. Environmental officials said on Monday that they had came from Russia's Baltic Sea exclave of Kaliningrad.

Lithuania has failed in its attempt to block Russia 's powers at the Parliamentary Assembly of the...