BNS
aA
The United Nations (UN) Security Council is Friday holding an extraordinary meeting initiated by Lithuania to discuss the clashes in Ukraine that jeopardize the ceasefire mediated by Europe. 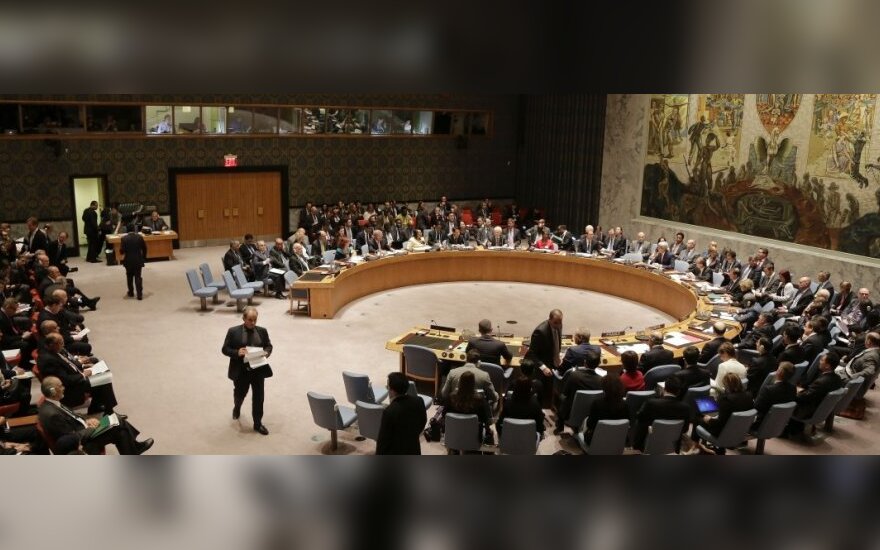 The renewed clashes near Donetsk, which is considered the stronghold of separatists, have claimed dozens of lives in an outbreak of violence, which is among the biggest since the start of the ceasefire called in February.

"UN SC to discuss on Friday morning the gross violations of the February Minsk ceasefire, which were committed by illegal groups in Eastern Ukraine," Lithuania's diplomatic mission said in its Twitter feed.

The meeting is scheduled for 4:30 p.m. Lithuanian time.

On Thursday, Lithuania's Foreign Ministry stated that the implementation of the essential provisions of the ceasefire accord lied with the responsibility of Russia, accusing Russia-backed separatists for attacks near Donetsk.

In the press release, the ministry condemned the Wednesday's "bloody attack on town of Marinka, close to the city of Donetsk on June 3, by the Russia-backed separatists who used heavy weaponry, which had to be withdrawn" according to the Minsk agreements.

"Any aggressive acts or attempts to expand controlled territory by Russia-backed separatists and Russian forces are in violation of the Minsk Agreements while the implementation of the essential provisions lies with the responsibility of Russia in particular," reads the press release.

Meanwhile, the separatists accused Ukrainian governmental forces for the clashes, saying 15 civilians and fighters were killed on their side during the shooting of Kiev forces.