(1)
BNS EN
aA
European governments must prepare to deal with new flows of migrants who will leave their countries because of climate change in the search for drinking water and food, a high-ranking United Nations official, on a visit to Lithuania, said in an interview with BNS. 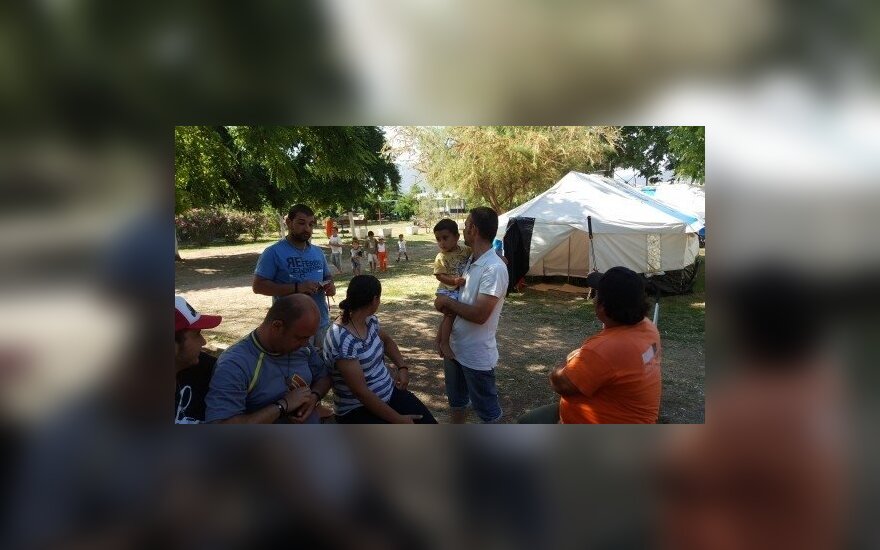 "We are going to be facing massive movements of people in the next decades because of climate change, because of demographic changes, particularly in Africa, because of diminishing resources of water and food," Michael Moller, director-general of UN Office at Geneva, said.

"And because people all have cell phones today and they can see that somewhere further north or south there are better conditions and possibility of your kid getting an education, you getting a job, or you getting food and water," he said.

In Moller's words, Lithuania must prepare to take in refugees and migrants as well.

"Whether you like it or not, you are going to get migrants and refugees sooner rather than later. If the society is smart and mature enough to figure out how it's going to deal with it, then it's better for everybody, for those who come and those who receive them," he said.

The Geneva-based Internal Displacement Monitoring Center (IDMC) estimates that 19 million people last year were forced to flee their homes due to natural disasters, two times more than the number of those displaced by conflicts.

Scientists say that migration in the not-distant future may be driven by rising sea levels, droughts and floods, desertification and other environmental problems linked to climate change.

Moller warns that there will be wars over water resources in the future. He is worried about disputes over the Nile River's water resources, on which hundreds of millions of people depend, and notes that a water shortage has triggered conflicts in the Darfur region of Sudan.

"This is very much a collective responsibility to sit down and push international community (...) to sit down and start looking to the legal, political, operational framework how in practical terms we are going to be dealing with several million people coming our way in 10, 20, 30 years, whenever it's going to happen, what the structures that we have to put in place are, what the legal frameworks are," the UN official said.

Migration is a sensitive issue in Europe, where over a million people from Middle East, Asia and Africa arrived by late 2015. Anti-immigrant sentiment is on the rise in many countries and the popularity of ultra-right parties has increased.

In Moller's words, European leaders did not prepare for the current crisis, even though "they knew it was coming."

Migrants Can Be Helpful

The UN official says that integration of a million refugees does not pose an insurmountable challenge as they account for a mere 0.2 percent of the total European population, but governments must make efforts to counter xenophobia and racism.

"It is important not to succumb to stereotypes -- not every Islamic person is a terrorist or a rapist or a thief. Most people are just like them -- hard working, educated (people) who have to flee war. It's a tough thing to do, particularly in a country like yours which is very homogenic. You're not very used to have many foreigners that don't look like you. But that's the reality,” he said

"It's not something that you should just let fall from the sky and let happen. It's not a pre-ordained catastrophe. It's something that is manageable and end ups being an enriching experience. There are clear economic and social indicators that show that migration flows are a benefit to society -- it creates jobs, it brings cultural diversity, it creates economic uplift and help from where they go with remittances," the UN official said.

Lithuania has agreed to accept more than a 1,000 Syrian and Iraqi refugees, who currently live in camps in Greece and Italy, over two years. Just over a hundred refugees have arrived in the country until now.

Business people have repeatedly called on the government to develop an immigration strategy, warning that a shrinking population creates a labor shortage and reduces the economic potential.

Immigration opponents say that the country cannot afford immigrants and that new arrivals may cause an increase in the threat of terrorism and the crime rate.

Lithuania's Prime Minister Saulius Skvernelis intends to present the government's report to the...

Lithuania is among leaders in Europe in seeking energy independence but the country still lags behind...