Ukrainian soldier in Vilnius: Don’t have illusions that NATO will protect you

BNS
aA
The Baltic states should not have any illusions about their NATO membership protecting them from Russia's aggression, says Yevhen Dykyi, a company commander of the Aidar Volunteer Battalion, adding that Lithuania, Latvia and Estonia can become Russia's next target, if it defeats Ukraine. 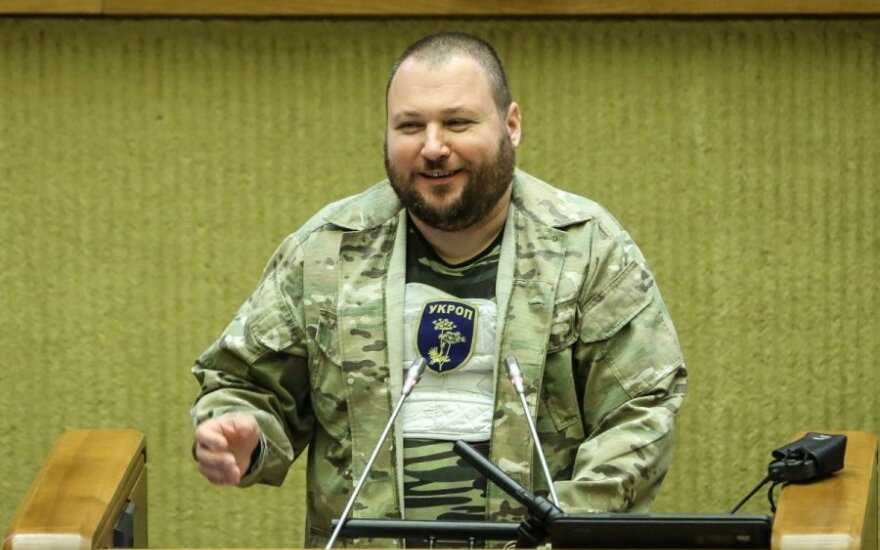 "We see that from the Russian propaganda. The Baltic states, unfortunately, have been included into the so-called Russian World project. Russian President Vladimir Putin sees in his visions that the Baltic states will be next if he defeats Ukraine. Don’t have any illusions that NATO membership can save you from such events," Dykyi told a meeting of Lithuanian freedom defenders at the Seimas of Lithuania on Monday.

Dykyi, who fought for Lithuania's freedom in Vilnius in 1991 and is now fighting in Ukraine, said his country did that mistake when it believed the 1994 promise to guarantee Ukraine's territorial integrity.

"We were so naïve to believe in the Budapest Memorandum when we gave up our nuclear weapons, thinking that peace, independence and border integrity will be ensured. We now clearly see the way they "defended" us when Russia's aggression started. The same will happen to Lithuania, if you do not take care of your defence," the Ukrainian visitor said.

On 5 December 1994, Ukraine, Russia, the UK and the US signed the Budapest Memorandum on Security Assurances. With this document, Ukraine gave up the world's third largest nuclear weapons stockpile, left after the collapse of the Soviet Union, in exchange for security assurances against threats or use of force against the territorial integrity or political independence of Ukraine.