the Lithuania Tribune
aA
Ukrainian pilot Nadiya Savchenko has been sentenced to 22 years in jail by a Russian court which found her guilty of of charges relating to the deaths of two Russian journalists. 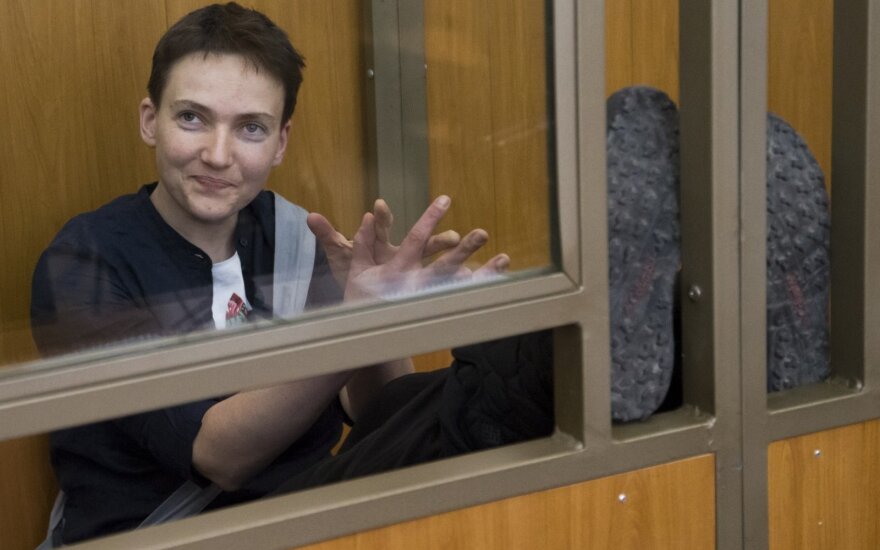 Russian prosecutors accused Savchenko of directing the artillery fire in eastern Ukraine in which the two journalists died in June 2014. They said she was driven by "political hatred".

Savchenko, 34, denied all the charges and her case has become internationally notorious.

The Ukrainian has been imprisoned in Russia since June 2014 when she was captured by pro-Moscow rebels in eastern Ukraine while fighting as a volunteer against them.

She accuses the rebels of kidnapping her and taking her across the border to Russia where she was jailed and charged as an accessory to murder.

Western politicians have called for her release, echoing her lawyers' descriptions of the process as a show trial and a farce.

Lithuanian officials, including an adviser to Lithuanian President Dalia Grybauskaitė, said the trial was a circus for Russian audiences.

As Savchenko was finally pronounced guilty, following the judge's two-day reading of the verdict, she disrupted proceedings by singing a Ukrainian national song.

Russian President Vladimir "Putin has said that after the so-called sentence, he will return Nadiya Savchenko to Ukraine," Poroshenko said in a statement published on the presidential website.

"The time to keep promises has come. I, in turn, am ready to hand over to Russia two Russian servicemen detained on our territory for their involvement in the armed aggression against Ukraine."