Ukrainian culture minister in Vilnius: We are dealing with massive propaganda from Russia

BNS
aA
Mere censure will not help to deal with the Kremlin's propaganda and people of culture who are seen as an authority should strengthen ethnic minorities' ties with the county, Ukrainian Minister of Culture Yevhen Nyshchuk said in Vilnius on Thursday. 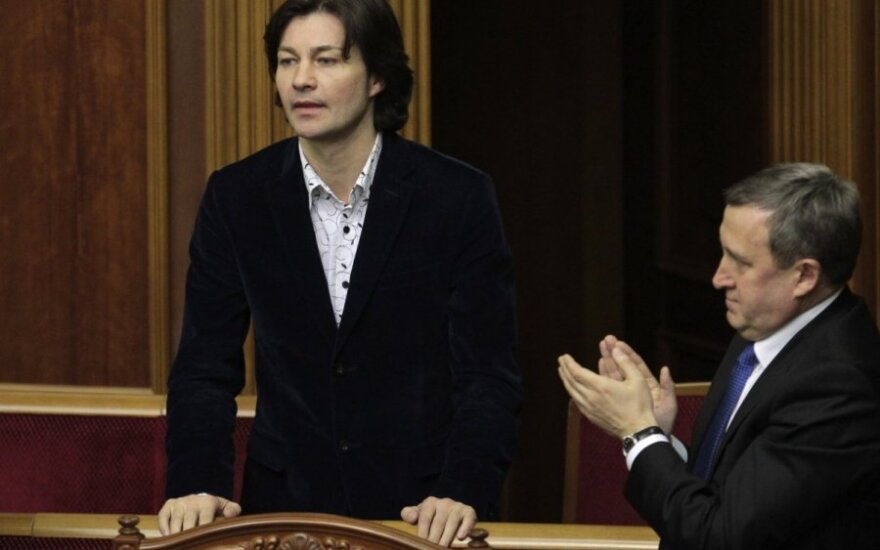 He has said his country is dealing with massive propaganda, which is why his ministry has set up a special commission to monitor music groups and theatre companies coming from Russia and has also decided not to invite certain groups and not to show certain movies. There is also a blacklist of 14 Russian cultural figures.

"Because of that the ministry has already been reproached by the Russian media for alleged cultural censure. I said the ministry was not censuring arts but the Kremlin's propaganda should have been censured long ago as we had been subjected to the Kremlin's censure for 23 years now," the Ukrainian culture minister told a press conference in Vilnius on Thursday.

According to Nyshchuk, commercial TV channels in Ukraine are a big problem as they refuse to demonstrate solidarity in restricting the broadcasting of propaganda programs and movies.

"We are trying to tell them that we cannot hold discussions on the fact that "culture is necessary for everyone" or "let people make their own choices" when thousands of people are killed as it costs too much for the country," the Ukrainian minister said.

"You cannot stop those people who are watching Russian channels. But generally speaking, their ban would reduce the level of "zombization" that has been done by Russian TV channels for so many years and which was done in eastern Ukraine," Nyshchuk said.

He acknowledged, however, that people in eastern Ukraine cannot be blamed for having been disinformed by the Russian media, especially the television, for so many years, and the Ukrainian government needs to make sure they have access to alternative information.

In his words, that is being done through the so-called "culture brigades" that include Ukrainian actors, musicians, writers who are bringing a different message to eastern Ukraine. They are attending meetings with people, speak with them not only during concerts but even in hospitals and "are acting as counterbalance in this information situation."

"We would like very much for people in the east not to feel isolated. We need to get them involved in the "process". And the language issue is not important. We even have this concept "a Russian-speaking Ukrainian patriot". We want them to feel part of Ukraine and also its culture," the Ukrainian culture minister said.