Ukraine's minister Abromavičius may lose Lithuanian citizenship after all

BNS
aA
Ukraine's Economy Minister Aivaras Abromavičius may lose his Lithuanian citizenship, as Lithuania's laws do not provide for an exception for emigrants of Lithuanian origin. 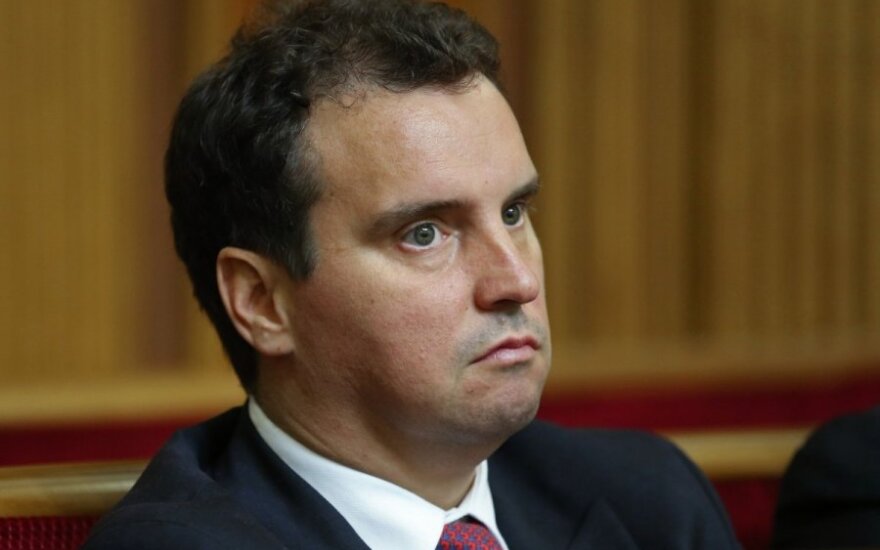 His spokesman Oleg Shimanski confirmed to BNS on Tuesday that the Ukrainian politician would not seek a permit to work in a foreign country's public service.

"The minister does not have plans to request permission from the Lithuanian government to work as an official in Ukraine and is dedicated to observe strictly both Lithuanian and Ukrainian legal regulations on citizenship," Shimanski said in a telephone interview from Kiev.

In his words, Ukraine, just like Lithuania, does not allow dual citizenship, and Abromavičius is determined to keep his Ukrainian citizenship, which is mandatory for him as minister.

Under Lithuanian laws, a person loses his or her Lithuanian citizenship, if he or she serves in the public service of a foreign country without a permit from the Lithuanian government.

Vygantas Ivanauskas, director of the Migration Department, told BNS that Abromavičius would lose his Lithuanian passport, unless he were granted the permit.

In his words, stripping of citizenship in such a case is "a matter of weeks".

After Abromavičius was appointed as Ukraine's economy minister last December, he kept his Lithuanian citizenship under the provision, which allows dual citizenship for persons who left Lithuania before it regained independence in 1990 and their descendants.

The Migration Department then said Abromavičius complied with the provisions, as his great grandfather emigrated from Lithuania to Brazil in the 1920s and remained citizen of Lithuania.

Ukrainian Economy Minister Aivaras Abromavičius will retain his Lithuanian citizen despite getting a...

Lithuania's former prime minister Andrius Kubilius has been invited to join the council of foreign...