BNS EN
A new iron curtain is descending over Europe as Russia retains its influence in some post-Soviet countries, Ukraine's former President Viktor Yushchenko said in Vilnius on Tuesday. 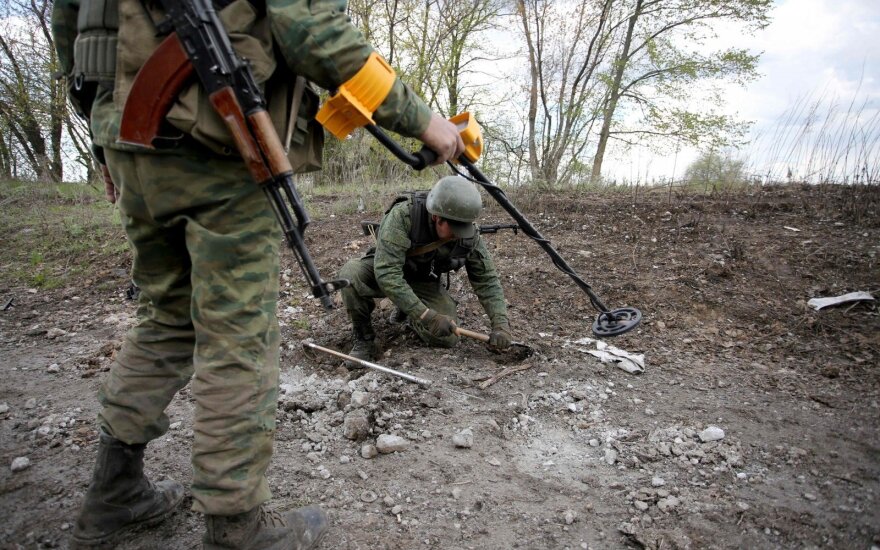 Yushchenko said that Europe does not have, at least for now, a common plan for countering Russia, adding that winning against that country requires more than diplomatic efforts or sanctions.

"If Winston Churchill took part in our discussion, he would say: 'Dear politicians, look at the political map of Europe. Don't you see that iron curtain from the Baltic to the Black Sea?' ", he said at a regional leadership and security conference hosted by Vilnius University.

The former Ukrainian president described the current situation in Europe as "a conflict between Asian feudalism and European democracy".

Russia in 2014 annexed the Crimean peninsula from Ukraine and began to support separatists fighting government forces in the eastern part of the country.

Yushchenko, who served as Ukraine's president between 2005 and 2010, said that, among other measures, military action is needed to stop Russia.

"To bring what is happening in Europe under control we need diplomatic, military, financial, economic and humanitarian components and that of sanctions," he said.

Lithuania to increase its contribution to international operations by 30 pct

Lithuania plans to increase its contribution to international operations by around 30 percent, the...