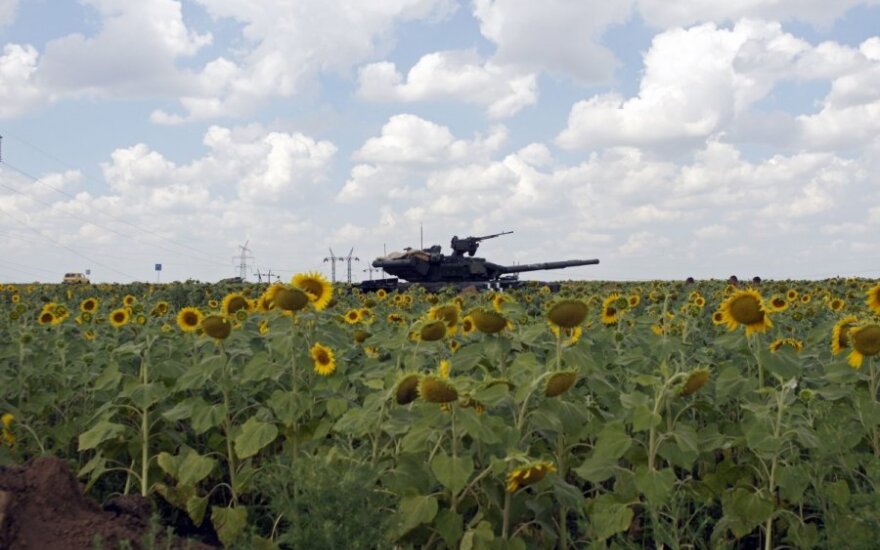 After heavy fighting, much of the town remains in ruins.

But the soldiers are also preparing for a larger battle. They believe Russia is preparing to invade.

NATO is warning that Russia could use the pretext of a humanitarian mission to send in the 20,000 combat-ready troops now positioned on Ukraine's border.

Ukrainian Defence Council spokesman Andriy Lysenko says the military will be ready to respond: "If there is direct aggression, then it is obvious that there will be an adequate answer from all branches of Ukrainian armed forces."

The battle between Ukraine government troops and separatist rebels has been raging since April.

Economic sanctions from the West, and threats of further action against Russia, have had little affect.

And Wednesday Russian president Vladimir Putin ordered sanctions of his own.

The misery continues in Donetsk, with some accusing their government of heavy-handedness, using warplanes to bomb the rebels into submission.

"Genocide, in my opinion it's genocide. To kill people for nothing," says Donetsk resident Olga.

As workers try to put the broken pieces back together, Ukraine's military prepares for a bigger battle they believe is still to come.

In the eastern Ukrainian city of Donetsk, rebels say they are in a "state of siege".

Latvia, Lithuania and Estonia are considering to recognize the so-called Donetsk and Luhansk People's...