BNS EN
aA
Ukraine is planning to create civilian paramilitary and volunteer military forces on the model of the Lithuanian Riflemen's Union and the National Defence Volunteer Force. 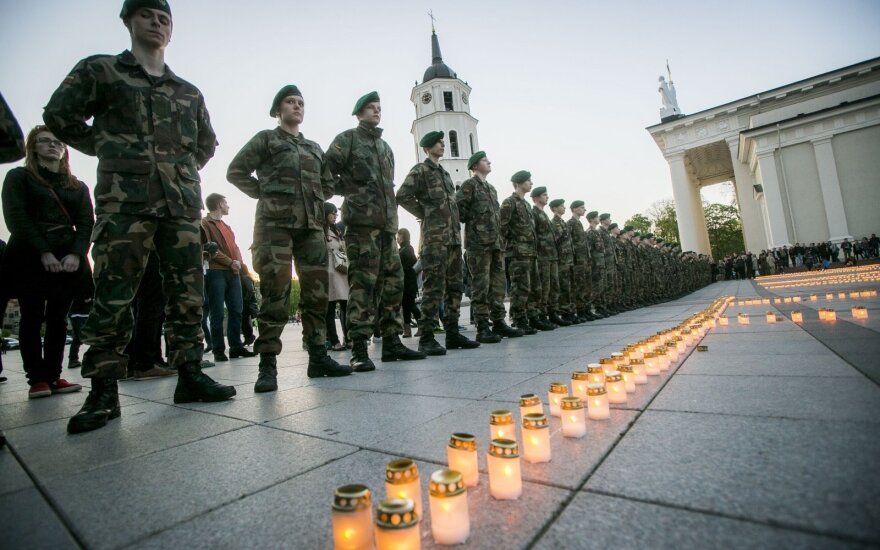 "We want to adopt your good practices in creating two structures: volunteer soldiers and riflemen. Unfortunately, we do not have these in Ukraine. We will draw on your experience to create similar structures in Ukraine too. These are not only territorial defense units, but also a huge reserve," Colonel General Mykhailo Koval, first deputy secretary of Ukraine's National Security and Defence Council, said in a news conference in Vilnius on Wednesday.

An international security conference aimed at sharing good practices with Ukraine's military officers and politicians got underway at the Lithuanian Seimas on Wednesday.

Related articles
Ukraine is ready for all scenarios, including massive military action
Lithuania's attention to Ukraine's army to continue

Koval said in the news conference that Ukraine highly appreciates any aid from Lithuania, including material assistance, experience-sharing, ammunition and training.

The colonel general said that he had discussed with Defense Minister Juozas Olekas the possibility of Lithuania helping the Ukrainian army with weaponry and ammunition.

"If you have any old Soviet weapons, we need them. Most of our weapons are Soviet-made," he said.

The Riflemen's Union currently has around 10,000 members and the National Defense Volunteer Force has roughly 3,500 members.

Ukraine is ready not only for the so-called Crimea n corridor scenario, but also for much...

Seimas calls on EU to continue sanctions against Russia

The Lithuanian parliament on Thursday passed a resolution calling on the European Union to continue...

Riflemen's Union to step up standards for members

In the wake of discussions about suitability of a riflemen to head one of the units after posing in...